This is What the Secular Student Alliance Did for Me June 11, 2015 Hemant Mehta

This is What the Secular Student Alliance Did for Me

This is a guest post written by Dave Churvis as part of Secular Students Week. Dave is Program Manager for the Richard Dawkins Foundation for Reason and Science. 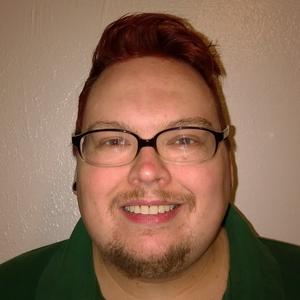 I first got involved with Secular Student Alliance after transferring colleges.

When I arrived at my new home, Georgia State University, I knew that I wanted to find some fellow atheist students. I had heard of the SSA through Hemant’s blog, so I looked at the group’s website to see if there was already an affiliate at my school. There wasn’t, so I decided to form Secular Panthers, which later became Georgia State’s affiliate of the Secular Student Alliance.

The SSA really helped me become a better activist. It wasn’t just the focus it gave me or the resources they provided to make my group even better for members. It was being connected to a nationwide organization that gave me a sense of community I never found anywhere else.

It’s what led my group to oppose notorious campus preachers who were spreading hateful messages. We showed up to counter their rhetoric with positive, constructive messages of our own. We couldn’t stop them from talking, but we were able to ratchet down the anger and hate. In the process, students saw a stark difference between their Bible-based beliefs and our Humanism-based ones.

One of our members was from a very religious family in rural Georgia. The only time he could be himself was when he was at school, particularly at our weekly meetings. I could sense the tension and sadness within him whenever he spoke about how much his family meant to him and how dangerous it would be to be honest with them. Our group and all of the others within the SSA provide a safe space for students like him. It’s especially important for those students who are away from home for the first time and need to start building their own community.

Knowing that we weren’t alone on our campus improved our morale, too. It’s one thing to be a member of a campus group — it’s another thing entirely to be part of a movement.

My case may be a little unique because I ended up going on to a career as a professional secular activist. But the organizational skills I learned and connections I made were possible only because of my work with my campus SSA group.

I am telling you all of this because it’s Secular Students Week, a time to highlight the amazing work students (and former students like me) are able to do with the SSA’s help.

In fact, if the SSA gets 500 donations between now and June 17, they will unlock a $20,000 challenge grant! A gift of $5, $10, or $20 will go a long way towards helping them reach this goal and empowering secular students just like me. So please give what you can!

June 11, 2015
Westboro Baptist Church Promised to Picket a Wizard Wedding, but They Were No-Shows When It Happened
Next Post