But the current editor of Christianity Today, Mark Galli, would like to remind readers everywhere that his publication isn’t wavering on this issue at all. 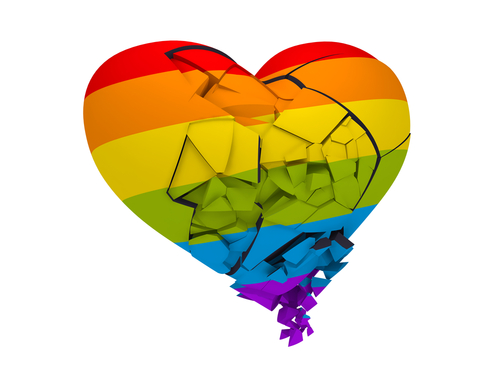 The leaders at CT still believe LGBT people don’t deserve the same rights as straight people, and they will continue to demean gays and lesbians by making the case for why they don’t deserve the happiness that comes with a wedding ceremony:

At CT, we’re saddened that David [Neff] has come to this conclusion. Saddened because we firmly believe that the Bible teaches that God intends the most intimate of covenant relationships to be enjoyed exclusively by a man and a woman. We’ve stated this view explicitly in many editorials, and it is implicit but clear in many of our feature stories.

We at CT are sorry when fellow evangelicals modify their views to accord with the current secular thinking on this matter. And we’ll continue to be sorry, because over the next many years, there will be other evangelicals who similarly reverse themselves on sexual ethics.

… to be sure, [Christians who support LGBT rights] will be enlisting in a cause that we believe is ultimately destructive to society, to the church, and to relations between men and women.

Got that, everyone? If marriage equality becomes a reality, it’ll destroy society by allowing more couples to formally declare their love for one-another, hurt churches which are under no obligation to perform those ceremonies or accept those couples, and ruin straight relationships everywhere because (I presume) everyone will break up to go be with their gay lovers or something.

I’m glad Christianity Today is publishing this. Mostly because I’m sure they’ll reverse course at some point over the next few years. When that happens, we’ll be able to point to this article as evidence for how Christianity was part of the problem when it came to the battle for civil rights in this country. Because you know they’ll try to whitewash their past and claim they always supported love and the institution of marriage for everyone. (Here’s the archived version just in case they ever try to delete it.)

And if you’re a fellow blogger and you link to anything on their website, make sure you point out that Christianity Today is a publication that believes gay and lesbian couples are “destructive to society” no matter what you’re posting about. (“Here’s a review of the new Hunger Games movie at Christianity Today, a publication that thinks my gay aunt is destroying America.”)

June 10, 2015
Acupuncturist Finds New Way to Separate Yuppies From Their Money
Next Post