These Two Charts Explain Why People Are Leaving Christianity in Droves

We know that LGBT equality is hindered by the religious majority, and we know that’s changing, but a new survey from the Pew Research Center makes that incredibly clear in this chart: 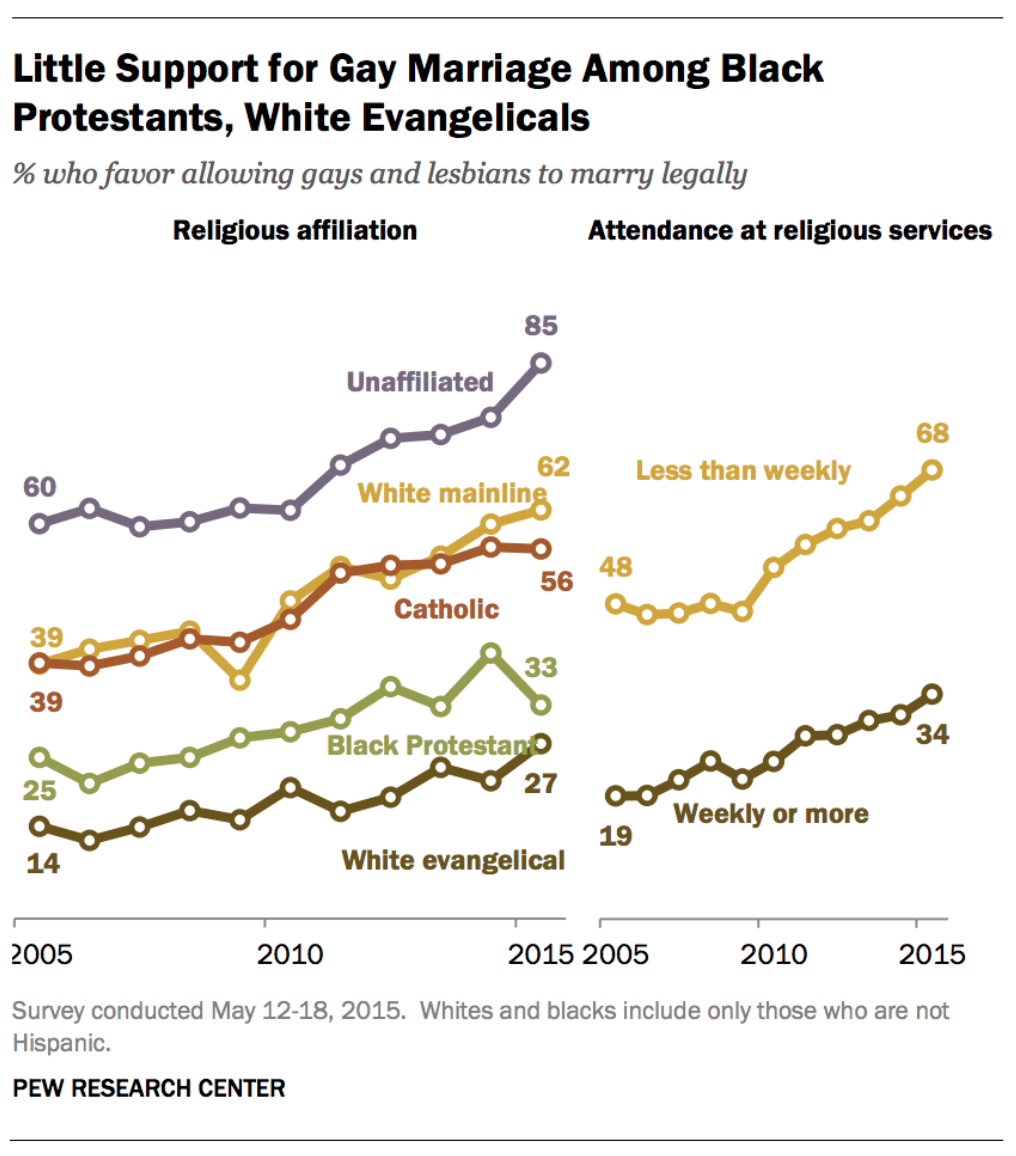 Fully 85% of those who are religiously unaffiliated favor same-sex marriage, up from 60% in 2005. Majorities of white mainline Protestants (62%) and Catholics (56%) support same-sex marriage; a decade ago just 39% of both groups supported it.

Here’s the kicker: When asked if their religious beliefs conflicted with homosexuality, evangelicals and black Protestants overwhelmingly said yes while those without faith had next to nothing holding us back. 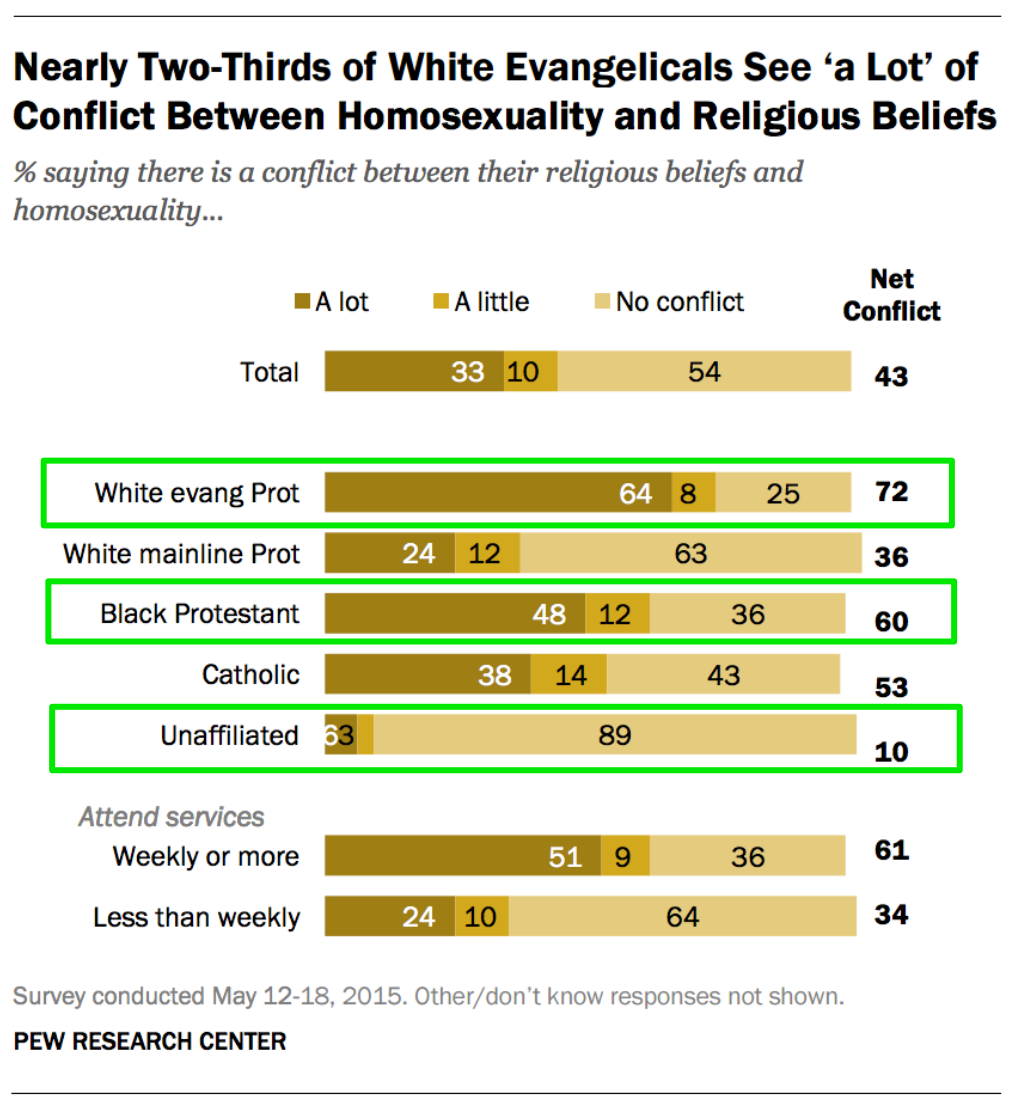 This is not news to any of you at this point. I know that.

But think about what those charts tell us and what we can take from them: As more people realize that religion is an obstacle to basic human decency — and isn’t that all supporting LGBT rights is? — they want out. These charts show that certain religious groups oppose civil rights more than others, and it’s because their religious beliefs prevent them from doing the right thing.

If these religious leaders got smart, they’d give up fighting a losing battle, accept LGBT people as people, and throw their weight behind an issue actually worth being angry about. They can pick. There’s no shortage to choose from. But I assure you that fighting against civil rights isn’t one of them.

***Update***: I removed the word “Evangelical” from the title to more accurately reflect what the charts were saying.

June 9, 2015
Christian Writer: God Created Dinosaurs, Then Hid Them from Humanity So We'd All Be Safe
Next Post