In the freakiest spoken word poetry you’ll ever hear, listen to a student talk about the need for God in America at the 2015 Accelerated Christian Education (ACE) International Convention in New Mexico: 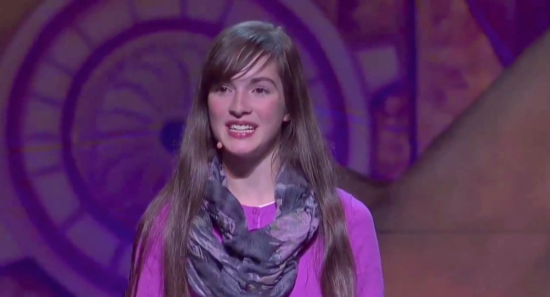 While I have no desire to mock her — she’s a kid, after all — look at what she’s been taught to believe:

She blames the removal of forced Christian prayers in public school for drug use, violence, illiteracy, divorce, and abortion.

She argues: “If you want to see kids live right, stop handing out evolution and start handing out the word of God.” (Who knew evolution was a thing you just passed out to kids?)

She’s been told that Jesus will fix all of society’s problems.

It’s frightening. And this is the same organization, by the way, that teaches kids not to befriend atheists and whose multiple choice exams are a joke.

These kids are being screwed out of a real education because they’re praised for regurgitating religious doctrine, not for asking tough questions or thinking critically or knowing when they’re being taught blatant lies.

This girl is just a perfect example of that.

June 8, 2015 Deadly Malaysian Earthquake Was Caused by Naked Tourists, Says Government Official
"Nepotism is a sign of bad institutional structure. It is a lot harder to decide ..."
KMH Nelson Hillsong Megachurch Leader Charged With Concealing ..."
"We don’t need a reason for sex!"
Matt G Will the Parliament of Victoria Finally ..."
"What is with all these "preachers" having sons in a religion? Have these people never ..."
KMH Nelson Hillsong Megachurch Leader Charged With Concealing ..."
"More like reactionaries owned when they die from their own denial"
CriticalDragon1177 Nigerian Humanist Mubarak Bala Formally Charged ..."
Browse Our Archives
What Are Your Thoughts?leave a comment