Woman Asks Psychics to Connect With a Dead Sister Who Never Existed… and (Surprise!) They All Do June 7, 2015 Hemant Mehta

Woman Asks Psychics to Connect With a Dead Sister Who Never Existed… and (Surprise!) They All Do

Vice‘s Jackie Hong performed a simple experiment to test the claims of several psychics in Toronto: She conjured up a fake sister (“Emily”) who died of a car crash and asked the psychics to connect with her.

Of course, they all managed to do it. (Amazing, right?) 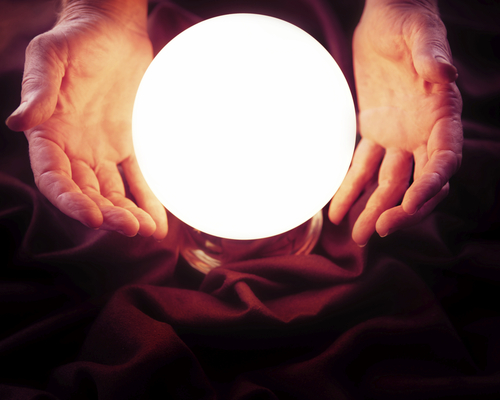 But that’s not nearly as interesting to me as what Hong did next. She followed up with the psychics to find out what they had to say upon finding out “Emily” never existed.

Kind of shocked that I had successfully bullshitted my way through four psychics, I decided to follow up with all of them via text (email, in Psychic Two’s case) to tell them about my little experiment and see what they had to say for themselves.

You can read the article for their responses.

Besides reaffirming my belief that I’m a great liar and should do it more, my test also helped me understand the emotional benefit psychics can provide for some people. If you’re willing to let yourself believe they’re not full of shit, psychics can help ease the fear of the great unknown that is death and give meaning and purpose to seemingly unfair and random events in our chaotic universe. To me, that’s a form of preying on the weak and exploiting people at their most emotionally vulnerable, but if you believe in the afterlife and psychic powers, I can understand how the experience would be comforting — after all, who doesn’t want to know that a loved family member, living or dead, is doing OK?

That’s what psychics provide: False comfort to gullible people. It’s only thing if it’s a harmless one-time exchange of money for entertainment (and some hope), but far too many people return time and time again, losing more money in the process, thinking there’s actually something to these supposed “powers.” Those are the people who need to be protected.

It’s not the first time something like this has been done, but if stunts like these help people realize the sham, let’s hope more people try to replicate the experiment.

June 7, 2015
Israeli Army Punishes Soldier for Bringing Ham Sandwiches Onto the Base, Then Apologizes After Backlash
Next Post

June 7, 2015 Why Heaven Wouldn't Be That Great
Browse Our Archives
What Are Your Thoughts?leave a comment