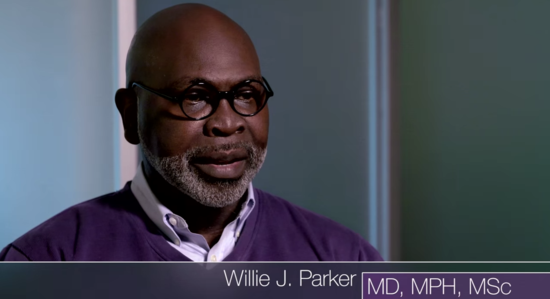 The last man in the video (in the picture above) is Dr. Willie Parker, a devout Christian who was profiled in Esquire last year. His is a fascinating story.

But the overall message is an important one: These doctors were called to provide the procedure because it’s a way of advancing compassion and justice, helping women in a time of need, and doing what even many pro-choice doctors aren’t equipped to do.

Advocating for choice is fruitless unless there are professionals who can be there for patients.

These doctors deserve a lot of respect for their services. Though I fear they’ll just be demonized for what they’re doing.

June 6, 2015
Audience Applauds Jehovah's Witness Couple Who Admit to Shunning Their Own Child
Next Post