One Conversion Therapy Story: “I Was Told Every Other Gay Person on Earth Had Been Executed” June 5, 2015 Camille Beredjick

One Conversion Therapy Story: “I Was Told Every Other Gay Person on Earth Had Been Executed”

The fight over anti-LGBT conversion therapy is heating up and, as a result, we’re seeing more and more personal accounts emerging from LGBT people who have actually had to endure the practice. It seems like each story is more vile than the one before it, but this next retelling might take the cake.

Sam Brinton (below) is a spokesperson for the National Center for Lesbian Rights who speaks often about his childhood experience with conversion therapy. Cracked (stay with me here) recently featured his story in a post called “5 Things I Learn At A ‘Pray Away the Gay’ Camp.” 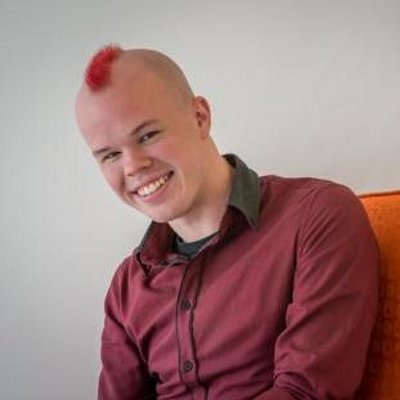 Sam’s family first sent him to “ex-gay” camp when he was 11 and realized he had a crush on a male friend. Here’s what the supposed therapy was like:

“Within my first weeks in therapy, I was told every other gay person on Earth had been executed. … By the end of the so-called ‘treatments,’ I believed the government was looking for me because the gays had brought AIDS to America and that I now had this disease raging through me.”

Then they asked him what he calls “overbearing Mother, absent Father questions.” That is, they assumed that because he was gay, it’s because his controlling mother and deadbeat dad had confused and irreparably traumatized his genitals. Only Sam’s mother wasn’t particularly overbearing, and his father was actually pretty present. In fact, they couldn’t find any trauma to blame Sam’s homosexuality on at all.

When we talk about conversion therapy, we talk about how all the major medical associations agree that it’s traumatic, mentally taxing, often abusive, and undoubtedly ineffective. In Sam’s case, “therapy” turned physically violent, too.

Then they’d take the coils away and show … men and women holding hands.

“I was never shown heterosexual sex, just heterosexual attraction,” Sam says. “I was just supposed to associate the touch of a man with pain.”

Obviously, despite the old saying, you can’t “heating-coil the gay away.” The torture didn’t make Sam straighter; it just made him terrified of sex, intimacy, and general human closeness.

“By the end, even hugging my father brought back flashbacks,” Sam said.

Sam considered suicide as the trauma continued, but at the last minute decided he would rather repress his identity and act like the therapy had worked. As a “straight” person, he had no sexual urges and no concept of sexuality. When he finally found a safe community in college where he could come out, he says he “came out in a ball of glitter,” partially because he thought that’s how it was done. But then, he embraced his self-described flamboyance.

“I tend to stick out,” Sam says, describing his mannerisms and the giant mohawk he wears. “And that’s OK. By being out, I am trying to make sure that the horrors of feeling alone won’t be repeated in our next generation.”

“I’m OK being a poster child and taking some attacks, because I don’t want anyone to feel alone.”

Conversion therapy continues to play a role in Sam’s life, even though he’s not undergoing it anymore. Some of his peers who experienced the same trauma he had committed suicide. He’s involved with NCLR’s Born Perfect campaign against conversion therapy. He was raised a Southern Baptist and still identifies as a Christian. He says he does not hate his mother.

“I realized very quickly that my hurt should not be directed at my parents. The only way that I can say that my mother heard my screams in the other room and didn’t run in is because she thought those screams were necessary to save my eternal soul. She was wrong, and she should not have done it, but she thought it was right. I have to respect that decision.”

“I was raised as a Southern Baptist, so I will always view faith through a lens of Christianity. That does not mean that my Christianity has to have any negative impact on any other people. Faith should only have a positive impact on others. Some people are using Christianity as a blunt weapon to hurt people. That is wrong. Neither the absence of faith nor the presence of faith allows a person to treat another person without respect. I’m in the middle ground: From some faith communities, I’m attacked for being gay. From some gay communities, I’m attacked as being Christian.”

I had the honor of hearing Sam speak at a conference a few months back, and hearing him tell this story is emotional and disturbing for everyone in the room — in a way that makes you sit back and think about why parents would still put their kids through this hell, and how we can stop it. I’ll never understand how Sam could still feel a positive connection to his Christian faith after all he went through, but I commend him for his bravery, his honesty, and living his truth. The more survivors speak out, the fewer LGBT kids will have to be scarred for life.

June 5, 2015 Sarah and Bristol Palin: The Media is Crucifying the Duggar Family
Browse Our Archives
What Are Your Thoughts?leave a comment