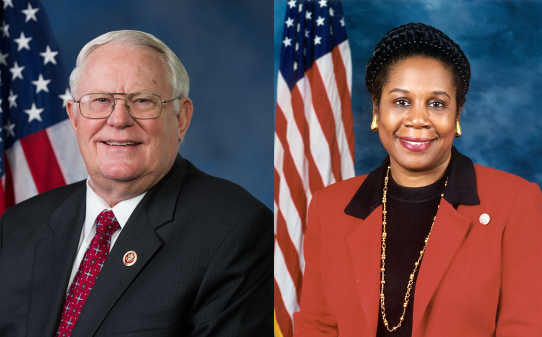 Whereas many countries have blasphemy laws that punish expression deemed blasphemous (contemptuous of God or sacred things), defamatory of religion, or insulting to religion or religious symbols, figures, or feelings, and such punishment can include fines, imprisonment, and even death;

Whereas blasphemy laws also are inconsistent with consensus United Nations resolutions adopted since 2011 that recognize that religious intolerance, discrimination, and violence are best fought through positive measures, such as education, outreach, and counter-speech, and that criminalization is appropriate only for incitement to imminent violence;

That the House of Representatives —

(1)recognizes that blasphemy laws inappropriately position governments as arbiters of truth or religious rightness as they empower officials to enforce particular religious views against individuals, minorities;

(2)calls on the President and the United States Department of State to make the repeal of blasphemy laws a priority in its bilateral relationships with all countries that have such laws through direct interventions in capitals and in multilateral fora;

(8)urges those countries that have imprisoned people on charges of blasphemy to release them unconditionally and, once released, ensure their safety and that of their families.

A resolution would have no bearing on what other countries do, but it would send a message that the U.S. government takes this issue very seriously.

Raif Badawi, the Saudi blogger who faces the death penalty for “insulting Islam,” is referenced in the text of the resolution, as is Egyptian atheist blogger Karim Al-Banna.

The resolution has been assigned to the House Foreign Affairs Committee for further discussion.

The Center For Inquiry‘s Michael De Dora applauds the move:

“The global crackdown on free expression is at a crisis point, making this crucial resolution very welcome,” said Michael De Dora, CFI’s public policy director and representative to the UN. “Blasphemy laws target both the religious and nonreligious, making victims of those who criticize or satirize religion, as well as those whose religious beliefs to not comport with their accusers.”

“Blasphemy laws are a blight on modern civilization, and we are delighted that Reps. Pitts and Jackson Lee have shown the wisdom and courage to take them on,” added De Dora. “They recognize that blasphemy laws are tools to intimidate and suppress dissenting thought and speech, violate international agreements such as the International Covenant on Civil and Political Rights, and were condemned most recently in the Rabat Plan of Action.”

“We urge the Foreign Affairs Committee and the entire the U.S. House to pass this resolution, and impress upon President Obama and the State Department to heed its call to prioritize ‘direct interventions’ with countries that employ blasphemy laws.”

That may be especially tough with Middle Eastern countries, but remember: Even Ireland has these laws in the books.

June 3, 2015 New Documents Reveal Even More Sad Details About the Josh Duggar Child Molestation Scandal
Browse Our Archives
What Are Your Thoughts?leave a comment