What the Rush to Defend Josh Duggar Tells Us About Conservative Christian Morality May 27, 2015 Rachel Ford

If you’ve been following the Josh Duggar child molestation scandal, and how quickly some Christians have dismissed the crime, one thing is abundantly clear: conservative Christian morality is more or less a contradiction in terms these days. 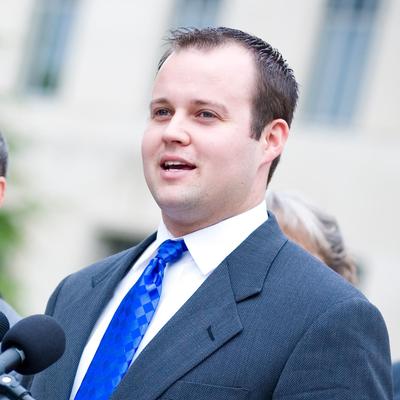 That community — from former governor, pastor and presidential hopeful Mike Huckabee, to right-wing writers and bloggers like Matt Walsh (at The Blaze) and Krystal Heath (on LouderWithCrowder.com) — has rallied to the defense of Duggar, who, while in his teens, repeatedly touched young girls, including his own sisters, on their breasts and vaginas.

We’ve heard that this was just “playing doctor” and therefore totally-not-a-big-deal (despite the fact that this was not consensual, and some of the victims were sleeping when Duggar preyed upon them). We’ve heard repeatedly, from the Duggars and others, that this was just a “mistake” or a forgiven “sin.” We are reminded that we’re all sinners (so leave Josh alone already!) and that the Duggars took responsibility and solved the problem appropriately (even though they absolutely did not).

But for all the Christian whitewashing and victim-blaming, this wasn’t just a show of bad judgment, an accident, or something Duggar’s sisters and the other victim were inviting upon themselves. It is frankly beyond the pale to categorize the violation of another person’s trust as just another error in judgment.

Forgetting to pay the phone bill is a mistake. Voting Republican is a mistake. Choosing to molest your sisters is a crime, with the potential for life-long impact on the victims.

As for “sin,” the catch-all word religion uses for all the bad (and allegedly bad) things humans can do, it isn’t enough to say, “but we’ve all sinned.” Sure, we’ve all done bad things at one point or another. But there are degrees of “sin” or wrongdoing that are so far removed from one another as to be absurd to equate; yet this is, presumably, exactly what the “but we’ve all sinned” talk does (unless the authors anticipate their readers having all molested children at some point, which seems unlikely).

Stealing a candy bar and molesting a child are both wrong. Christianity would classify both as sins. But a moral system that refuses to acknowledge that there is a vast, powerful difference between the two is perverse to say the least.

This is precisely what we see on display, though, when Duggar’s crimes are dismissed with reminders that we’ve all sinned.

It’s not just this equivocation that illustrates the moral bankruptcy of swaths of conservative Christianity. A look at what also upsets them is equally telling.

Explaining why he “love[s] Josh Duggar,” Hovind claims that the family “took responsibility” and handled the matter appropriately. This is a highly sketchy claim in and of itself, but the items he presents to illustrate the double standard he sees in the media are worth quoting.

Think for just a moment about how the media typically sees things.

Now, aside from this being a very blatant misrepresentation of the criticisms facing the Duggars, Hovind feels it appropriate to contrast, in an effort to show how supposedly unfair the media is being, discussion of lust, abortion, homosexuality, pornography, and fornication — with multiple incidences of child molestation.

What does it say about your moral compass if it bothers you that someone doesn’t mind (or even celebrates) consensual sexual activity between adults, while you defend a movement that upholds a child molester as an icon?

What kind of morality is quick to forgive predatory behavior against children but deeply troubled by consensual activity between adults?

What kind of morality fails to recognize why consensual sexual activity among adults is okay, but non-consensual activity (with sleeping children, no less) is not?

I submit: Only a twisted sense of morality that is derived not from a focus on human well-being but from strict adherence to a set of rules that you must follow no matter what.

(In case you needed further illustration of Hovind’s twisted categorization of child molestation as just another sexual sin, he helpfully ends his post with a link to the Conquer Series: the Battle Plan for Purity DVD set, which offers “proven principles and practical tools to conquer pornography and find freedom.” This, he explains, is “[f]or the men out there that have not been caught yet, I encourage you to start correcting your behavior. We have something that will help.”)

After tut-tutting that the media was not up-in-arms about consensual activity between adults, but somehow got a bee in its bonnet about incestuous child molestation, Hovind notes,

I’m not sure how to break it to Hovind, or the rest of the conservative Christians who are so unfazed by crimes against children (but outraged by evolution in science class or the acceptance of LGBT people), but they don’t need the media to make Christianity look bad.

They’re doing a swell job of that all by themselves.

May 27, 2015
Watch Matt Dillahunty Explain Whether or Not Science Can Disprove God
Next Post