Nebraska Just Repealed the Death Penalty Thanks to Its Atheist State Senator May 27, 2015 Hemant Mehta

You may have heard that Nebraska’s legislature just voted to repeal the death penalty. Governor Pete Ricketts threatened to keep it in place, but 30 senators (of the 49 total) were needed to override the veto.

They got exactly 30 votes.

As the Omaha World-Herald says, this represents a “crowning achievement” for State Senator Ernie Chambers (below). He’s the one who introduced the bill in January — something he did unsuccessfully 37 times before. 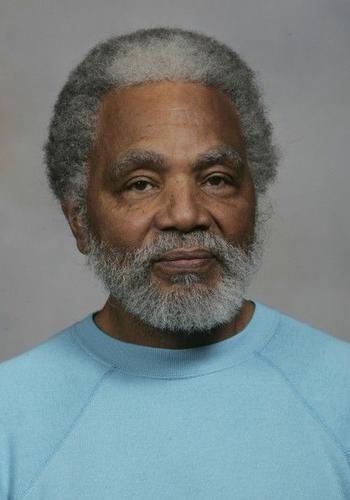 I feel it’s worth pointing out — since it’s not something we get to do very often with political stories of this magnitude — that Chambers is an atheist. In fact, he’s the highest-ranking elected official in the country who openly admits he doesn’t believe in God.

It’s his focus away from God and toward evidence that led him to fight this battle:

The bill (LB268) says the experience of the death penalty in Nebraska has been fraught with errors, frustration and delay.

The financial costs of attempting to implement it are not justifiable, the bill says. It’s an inordinate burden on the justice system and on the lives of families and associates of both victims and the convicted.

Chambers has said the death sentence in Nebraska is random and arbitrary.

In short, there are plenty of rational, humane, and non-faith-based reasons for repealing the death penalty. No wonder he fought so passionately to repeal it.

In case you’re unfamiliar with Chambers, here’s some other stuff you should know: The African-American State Senator served for 38 years (beginning in 1970) in the unicameral legislature, making him the longest-serving senator in the state’s history, until he was term-limited out in 2008. When he was eligible to run again in 2012, he did so and won easily.

He introduced a bill last year, LB675, that would eliminate a state property-tax exemption for religious organizations — essentially taxing churches. The bill itself was a riot because all Chambers did was cross out the word “religious” from the current list of groups exempt from paying property taxes:

That was far from Chambers’ first public battle against religion. In 2007, he famously sued God just to make a statement. In 2013, during a filibuster, he remarked that the Mafia had higher standards than the Catholic Church hierarchy because if their members were “raping children, they’d off them.” And in March of 2013, he expertly took down an “ex-gay” man as well as a Christian psychologist making arguments against pro-LGBT legislation.

You may write off a lot of his anti-religion legislation as frivolous… but with today’s victory, Chambers has done something truly monumental.

We could use more atheists like him in public office.

May 27, 2015
Atheist Minister May Face "Review" by United Church of Canada Leaders Who See Her as a Heretic
Next Post

May 27, 2015 Clemson's Head Football Coach Will No Longer Accept Award from Anti-Gay Christian Group
Browse Our Archives
What Are Your Thoughts?leave a comment