Mrs. Betty Bowers, America’s Best Christian, explains to the folks at ISIS that they all have plenty in common with each other.

For example, they’re both pro-life… in the sense that they’re both “pros at controlling the lives of others.” 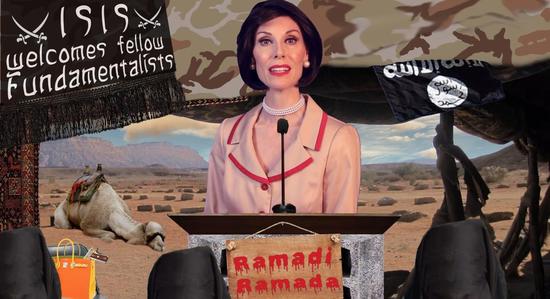 You see, we use religious freedom just like you do. Only you kill gay teens directly. We’re more civilized. We shame them into suicide — trust me, if conservative Christians could get away with throwing gays off buildings, it really would be raining men in Sin Francisco.

As she says, “it’s not prejudice if you call it religion!”