A pastor committing a crime isn’t even newsworthy anymore, but when the church is complicit in the problem, it’s worth mentioning.

Boyd Watson Holder Jr. (below), the pastor of Victory Apostolic Church in Kingsport, Tennessee, was arrested this week after a grand jury found significant evidence to indict him for swiping $60,000 from the church’s bank account. 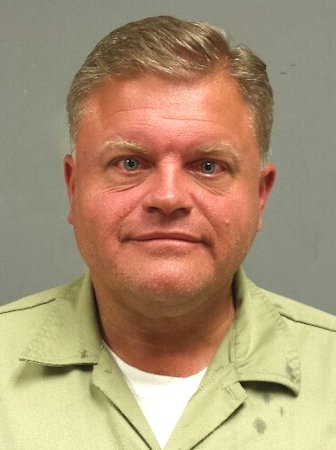 It took a while for the church to realize this, though, because there was no transparency in their finances:

Holder was reportedly the only person who could access the funds, according to a [Kingsport Police Department] incident report — and when questioned about the money by church members, responded, “It is none of your business.”

KPD detectives launched an investigation into the complaint, analyzing financial records of both Holder and the church. Findings of the criminal probe were presented to the grand jury this week, with a true bill returned that indicted Holder for theft of more than $60,000 and money laundering. Each charge is a Class B felony.

How on earth did no one else have access to the financial statements of the church? I mean, even corrupt churches have a handful of people who know where the money’s going (even if the congregation is kept in the dark).

So what was he using all this money for? It’s not entirely clear. But Holder has been mentioned in police reports twice over the past year, including once for this incident:

At approximately 1:20 p.m. of Dec. 15, an officer observed a large, white passenger van in the rear parking lot of the vacant Stone East building, 2550 East Stone Drive. A check of the vehicle reportedly found two individuals engaged in sex acts.

One of those men, identified as Holder, allegedly apologized to police, then identified the van as belonging to his church. The officer told them not to “have relations in public,” then ordered that they leave the property and not return.

Delivering a sermon on Sunday morning. Sexing it up in an empty parking lot with another man on Monday afternoon. Just the way Jesus commanded.

Holder denied doing anything shady, though:

“I simply took the van out,” Holder said by phone back in January. “A young man requested that I would meet with him, which I did to talk about the faith. Just as soon as we had parked this police officer came up behind us and acted like all of this was going on.”

Because when you talk to someone about Jesus, you do it in the back of a vacant parking lot in a way that suggests to outside observers that they’re getting it on. (“He is risen,” indeed!)

Actually, investigative reporter Nate Morabito found out that two of the witnesses during this money laundering case were representatives from online dating sites, one of which specifically caters to gay men. (In case you’re wondering where some of that money was going…)

Morabito even found a dating profile (on the right) that matches up perfectly with the image on Holder’s Facebook page (on the left) in which Holder is looking for a “regular nice guy to get with”: 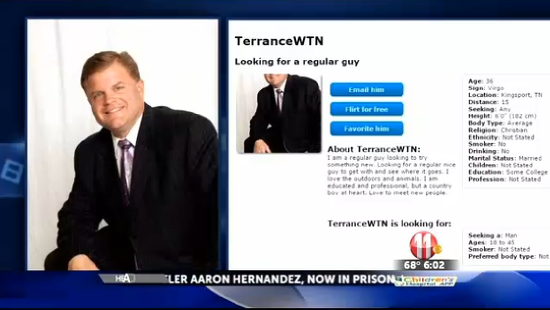 To be clear, it’s irrelevant if the pastor is gay. But if he’s having sex with another man while preaching against homosexuality, then screw him.

And if he’s stealing the church’s money along the way, let’s hope the punishment fits the crime.

At least on that latter issue, though, it’s appalling that people remained in a church that offered no financial accountability. There needs to be a way for others to double-check where the money is going no matter what type of business you’re running. And if your church leaders aren’t allowing that, you should assume the worst.

May 24, 2015
High School Student Exposes Jehovah's Witnesses: "Within This Religion, Love is Conditional"
Next Post