Christian Pastor Freaks Out Over Church Members Who Want to Live in the Countryside May 23, 2015 Hemant Mehta

Today’s episode of “The Pastor Steven Anderson Show” features our main character having what can only be described as an aneurysm as he yells at members of his congregation who want to move out to the countryside and become farmers.

Because the city is where all the unsaved people live and, unless you go to them, they’re all gonna burn to Hell. 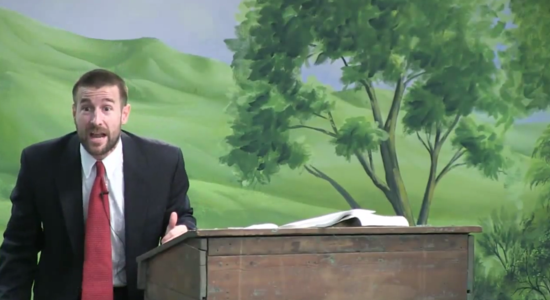 The best parts of the clip?

0:47: Where the audience laughs at Anderson’s freak-out

1:03: Where Anderson runs out of steam during his faux-outrage-filled rant… and comes back to a normal volume.

During which semester of seminary do these people learn that yelling is the best way to communicate?

This concludes another episode of Shit Pastor Steven Anderson Says.

May 23, 2015
Let Us Celebrate the Birth of the Demon Spawn
Next Post