The Clinic Josh Duggar Attended Was Started by a Man Accused of Sexually Harrassing Dozens of Women May 22, 2015 Hemant Mehta

***Update***: A CNN article says that Josh Duggar did not, in fact, stay at this clinic, contrary to the police report:

Jim Bob Duggar initially said upon finding out about his actions, they sent their son to a “Christian ministry” for some “hard physical work and counseling,” but Michelle Duggar later revealed they simply sent him to stay with a family friend for a period of time.

This story just keeps getting worse, doesn’t it?

As you may recall, when it was discovered that Josh Duggar had been touching his sisters’ breasts and vaginas, he was sent by his parents to a Christian clinic for “counseling.”

The police report said this:

Turns out that clinic run by Harold Walker was the Basic Life Principles Training Center.

And guess who founded the Institute in Basic Life Principles?

Bill Gothard (below), a Christian who stepped down from his ministry last year after 34 women accused him of sexual harassment: 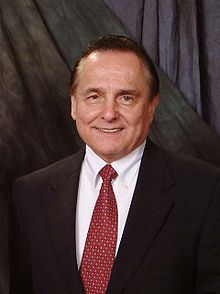 There were also reports that Gothard, who also runs the ALERT Academy which most of the Duggard boys have attended, was not reporting cases of child abuse.

He has long been a friend of the Duggars and even been featured on their TLC show 19 Kids and Counting.

Gothard was never charged with any crimes, but it was his ministry that ran the clinic Josh Duggar attended.

And this is how Duggar supposedly got back on the right track.

May 22, 2015
Christian Blogger: Josh Duggar's Critics Are Hypocrites Who Didn't Care When Lena Dunham Touched Her Sister
Next Post