Faith-Healer Adam Miller Drops Lawsuit Against YouTuber Calling Him Out on His Claims May 21, 2015 Hemant Mehta

A couple of weeks ago, I posted about faith-healer Adam Miller and how he claims to be able to cure cancer, spinal injuries, poisoning, and AIDS. 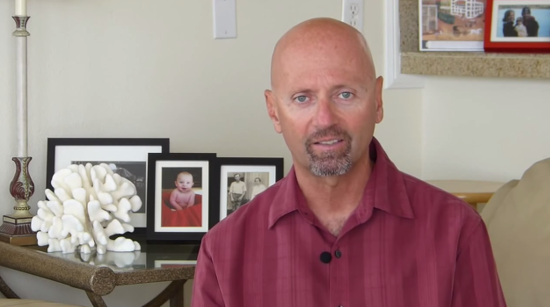 Last December, Stephanie Guttormson decided to call him out on it on her Think Stephtically YouTube channel:

Adam Miller is a charlatan, he’s a swindler, he’s a snake oil salesman. You risk your lives delaying or forgoing proper medical treatment by going to him for help. And more importantly, for believing his unsubstantiated claims.

A couple of follow-up videos were posted in April. Miller tried to rebut it with a video of his own, but that didn’t go over so well.

So earlier this month, he filed a lawsuit against Stephanie:

Because Guttormson’s defamatory statements are still available on the internet and, barring an order from this Court, those statements will not be removed from the internet, permanent injunctive relief is necessary to prevent further irreparable harm to Mr. Miller’s business reputation and goodwill.

The substance of the complaint was that Guttormson was guilty of Copyright Infringement, hurting Miller’s business, and defaming him. (The first was just frivolous; the latter two were really Miller’s fault since he’s the one claiming to be a miracle worker.)

Still, it was a lawsuit and that’s frightening.

That’s why I’m happy to say Miller has dismissed his own motion:

The Defendant has not answered the Complaint and the Plaintiff has not previously dismissed any federal court action or state court action relating to the claims alleged in the Complaint. Accordingly, this dismissal is without prejudice.

That last part still leaves the door open to Miller suing again in the future. But for now, the case is over.

This victory is entirely because people that value skepticism and critical inquiry came together to send a powerful message that unsubstantiated claims made in public must be challenged. The importance of this message is amplified many orders of magnitude when the well-being of other human beings is at stake, some the most fragile among us.

There aren’t enough words in the English language afforded me to properly and completely thank each and every person that supported me. I’m still in shock and overwhelmed with gratitude.

I would like to applaud Mr. Miller for making the sensible and courageous decision, and dropping the lawsuit.

Miller didn’t explain why he pulled his own motion, but I suspect that the public scrutiny he was receiving was far worse that any one person’s YouTube videos.

Guttormson raised over $25,000 to fight the lawsuit — and if the money doesn’t ultimately go to cover a lawyer’s fees, she says it’ll be donated to Opportunity Village, a non-profit in southern Nevada helping people with intellectual disabilities.

May 21, 2015
Christian Pastor Uses Bull to Draw in Converts
Next Post