A Rebuttal to “5 Ways The Atheist Community Is Hurting Itself” May 21, 2015 Hemant Mehta

A Rebuttal to “5 Ways The Atheist Community Is Hurting Itself”

I generally like the website Cracked, but an article posted there by Mark Hill is just irresponsible, poorly-researched, and full of every anti-atheist stereotype you can imagine.

Hill is an atheist whose entire exposure to the “movement” seems to be limited to online feuds and whatever he found on Reddit, as if that should be enough to understand all of atheism. And now he’s going to tell us what’s wrong with us. 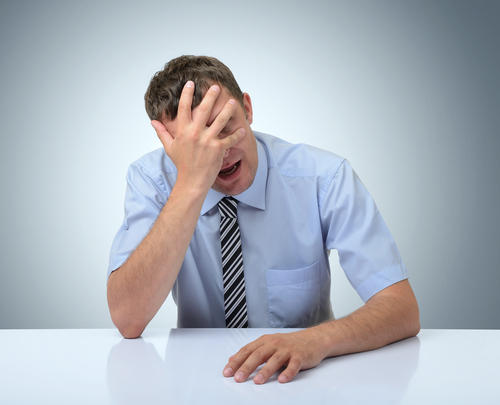 The piece is called “5 Ways The Atheist Community Is Hurting Itself.” (Which I’m not directly linking to because Cracked doesn’t deserve it, but you can read it here and here.)

#5. The Closest Atheism Has To Leaders Are Terrible People

[Richard Dawkins] sneers down on anyone who disagrees with him with such disdain that Professor Snape would be put off, he’s repeatedly gone out of his way to insult and trivialize sexual harassment, and he went off on that weird tangent about watching dogs have oral sex. Dawkins is the J.D. to atheism’s Veronica — at first we thought he was the cool, rebellious outsider, but once we got to know him we realized he was legitimately crazy.

If you think Dawkins doesn’t take sexual harassment seriously, you’re misinterpreting his words. This may be shocking for some people to hear, but tweets sometimes lack nuance.

At worst, Dawkins has been clumsy with social media. I’ve said that myself. He often says things that are cringe-worthy. He doesn’t understand why his statements may rub some people the wrong way. But I’ve also seen people read his tweets and assume the worst — without ever bothering to ask him for clarification or even trying to understand his intentions.

(As for the dogs having oral sex thing, someone on Twitter asked if animals ever have oral sex. Dawkins told her they did, adding that he even saw two dogs performing oral sex on each other once. I have no clue why saying that makes him a horrible person.)

Who are the other leaders Mark Hill wants to demonize?

Christopher Hitchens for being a “bully.”

The Amazing Atheist, who is very popular and controversial on YouTube, but doesn’t have much recognition beyond that.

And Reddit Atheism. Because a large forum full of anonymous people somehow makes the site the hub of all things atheism.

Hill then admits he doesn’t really know many other atheists… but because he only knows atheists he doesn’t like, that probably means all prominent atheists are terrible people.

That’s like me saying “Pastor Mark Driscoll’s an asshole… so I guess all of Christianity sucks. I won’t bother mentioning anyone else. I’ll just assume everyone’s like him.”

You can’t claim to be a proponent of science and reasonable thinking, only to regress to hacky sitcom stereotypes about women being humorless harpies who bring sexual assault upon themselves. That’s like complaining that no one will take your obvious soccer skills seriously just because you occasionally punch opposing players and pick up the ball.

Wow, there’s a straw man for you…

There are legitimate criticisms when it comes to the way some well-known atheists handle the issue of feminism (to name just one). I’m not denying that at all.

But atheism is only “tied to awful ideas” if you’re cherry-picking anecdotes to make your point. Hill ignores the fact that the most vocal critics of these “awful ideas” have been other atheists. Painting the whole community with this broad brush is as irresponsible as saying the Westboro Baptist Church represents all of Christianity. It doesn’t. And if you choose to see it through that narrow of a lens, that’s your problem.

#3. There’s An Arrogance To It

The idea of casually and insultingly dismissing other beliefs goes against the very nature of skeptical thinking, because you need to be open to other ideas and skeptical of your own. Unfortunately, it’s becoming the basis of atheism, because the loudest voices don’t want to have real discussions. They want to score zingers and “win” arguments. At the risk of sounding like an after-school special, there are no winners in that environment.

Everyone thinks they’re right about everything. If atheists are guilty of that, then so is everybody else.

By Hill’s logic, we should all take psychics and God and astrology seriously… because if we dismiss them, we’re being cocky.

But judging atheism by the content of our pithy memes just tells me Mark Hill doesn’t read anything beyond a few websites.

… there’s an irony in calling yourself a freethinker yet being so insecure in your beliefs that you lash out at anyone who disagrees with you. If you’re so confident that you’re right, why the need to shove your beliefs into the faces of people you’re never going to sway?

Again, this is just silly.

A lot of us are certainly guilty of “something is wrong on the Internet” syndrome. But what’s the alternative? Letting bullshit stand?

Atheists are finally at the point where we don’t have to let other people define us or talk shit about us, because we know we have a voice, too. We can rebut bad arguments and defend our character — not to mention call out bullshit articles on popular websites.

Hill’s probably going to say this post is just me being “defensive.”

But what’s the alternative? Letting religious people (or ignorant atheists) dictate the discussion? Forget it.

#1. It’s Focused On The Wrong Goals

… outside of a lot of vague talk of social and scientific progress, organized atheism doesn’t seem to have any objectives beyond trying to make our religious friends skip church and unwind with a couple mimosas.

That makes sense… only if you ignore the atheist groups working to raise money for charity, secure church/state separation, help people who have nowhere else to turn, organize groups to help each other connect on campus, fight for a voice in politics, help victims of domestic abuse, etc.

But I guess those are all “wrong goals” according to the guy who equates atheism with whatever the most popular meme on Reddit Atheism is today.

What’s sad is that we could really use discussions about how the broader atheist movement is hurting itself.

We don’t pay nearly enough attention to how illogical/irrational thinking leads to bad public policy on issues like the death penalty, or the environment, or health care.

We often ignore the needs of atheists who are poor and who may not have Internet access.

We don’t really understand the unique challenges faced by atheists of color or those who aren’t former Christians.

We are awful at mobilizing our base to take political action.

But, no, Mark Hill thinks the biggest challenges we face involve whatever Richard Dawkins tweeted, or a shock-jock YouTuber said, or a 14-year-old created to get upvotes. Those are the real problems.

May 21, 2015
Conservative Leader: If Atheists Can Officiate Weddings, It Will Lead to Christian Persecution
Next Post