So this is what sex education looks like in a Christchurch, New Zealand school: 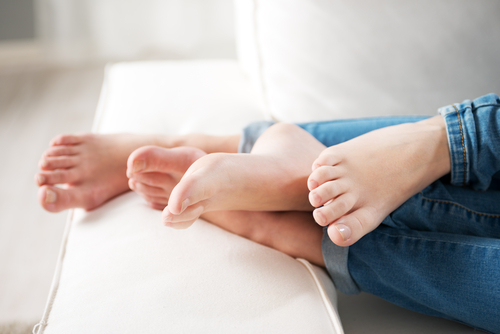 A common practice today is cohabitation, or “living together.” This is just a sinful grown-up way of “playing house.” A couple who lives together without marriage is a couple who has become habitual and irresponsible fornicators. She thinks he’s a wonderful man, yet he’s such a coward he can’t even ask her to be his wife. He thinks she’s a fine lady, yet she’s nothing more than a cheap prostitute who allows herself to be used for his sexual gratification in exchange for what seems to be a stable and secure home life. This make-believe game may fool people, but it doesn’t fool God.

The only SAFE sex is MARRIED sex between a man and a woman. Any other form of sex is SINFUL sex. Death and Hell await those who continue in such wickedness.

When a 15-year-old student at Papanui High School showed her mother that passage, from a Bible Baptist Publications’ pamphlet called “Safe Sex,” she took it right to the media. Now school officials have to defend the use of this nonsense:

… principal Jeff Smith said the resource was used by 50 pupils in a classroom setting with the aim to show one perspective in a range of societal views, not to discriminate, offend or impose a particular view.

“If we are not able to show them a range of perspectives, a range of view points, then how can they actually make informed decisions around the information and where it sits?”

Yeah, how can the students make informed decisions if we don’t fill their heads with faith-based bullshit? That’s why, I guess, schools should teach astrology, alchemy, and Creationism.

What an awful answer.

But he’s not entirely lying about that first part. According to the mother who brought this to wider attention, the teacher in question planned to introduce this pamphlet as simply an example of an extreme religious view on sexuality. (So *not* as a good idea.)

… but [the teacher] was sick on the day of the lesson and left the pamphlet and ten questions with the reliever teacher, who didn’t do the discussion part.

The school agreed that, in the future, such lessons would never be taught with substitutes.

I told the reporter that the school handled things very well and I was happy with the resolution so there was not a juicy story there and asked her not to print the story. Obviously she did anyway, but I am thinking this may have potentially stopped other schools making the same error of judgement in using this pamphlet so hopefully something good has come out of it.

That said, the smart thing for the school to do would be to leave religious views on sexuality out of the curriculum altogether. Teach facts. Teach responsible, comprehensive sex education. Don’t get into the business of teaching morality.

May 18, 2015
Why Science and Religion Are Not Compatible
Next Post

May 18, 2015 In Embarrassing Editorial, Oklahoman Staff Claims Decline in Christianity is Bad for Society
Browse Our Archives
What Are Your Thoughts?leave a comment