Neil deGrasse Tyson on Whether Science and Religion Are Compatible May 16, 2015 Hemant Mehta

Neil deGrasse Tyson on Whether Science and Religion Are Compatible

I thought Neil deGrasse Tyson might offer something of a wishy-washy answer on this question of science versus religion… and I was halfway right. 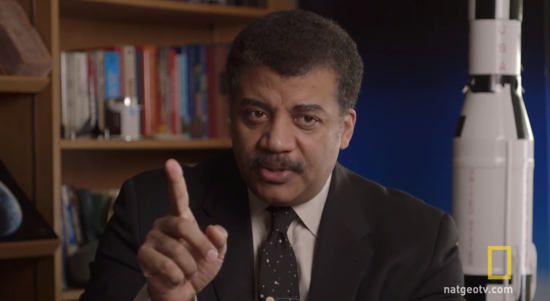 In short, if your religion makes testable claims that go against scientific reality, you’re going to suffer severe cognitive dissonance. There’s no overlap there. Right on! Totally agree.

If your religion embraces science, he added, you’ll be okay.

The problem is that he said those fundamentalists in the first group represented just a minority of believers. That makes it sound like they’re on the fringes of society, but that’s simply not true. This problem is much bigger than that.

Just to name one example, more than four in ten Americans believe “God created humans in their present form 10,000 years ago”: 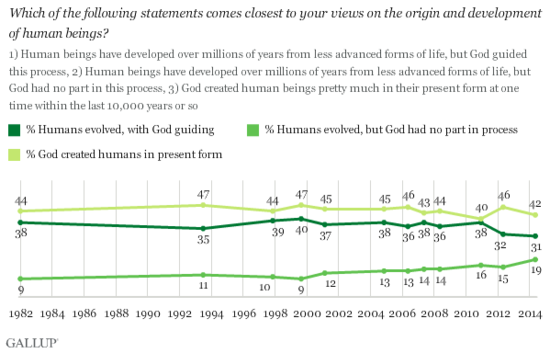 Even among the religious people who accept evolution, how many believe in things that simply make no sense in the light of science even if they’re not “testable”: Communion wafers turning into Jesus or miracles healing physical ailments?

Most religious people believe things that would never hold up under scientific scrutiny. At the very least, even if those beliefs aren’t testable, there’s absolutely no evidence in their favor. Science and religion aren’t compatible unless you’re neutering one or the other to the point where most people wouldn’t even recognize it anymore.

If you believe God can override the laws of nature whenever He wants, then you don’t belong in the Science part of the Venn Diagram.

May 16, 2015
High School Director Who Made Racist Remarks at Graduation Ceremony Fired
Next Post

May 16, 2015 Yvette d'Entremont Talks About Her Takedown of "Food Babe" Vani Hari
Browse Our Archives
What Are Your Thoughts?leave a comment