We know that Creationist Ken Ham‘s Answers in Genesis is currently suing the state of Kentucky because he wrongly thinks his for-profit company can limit its hiring to Christians only. Earlier this year, he even posted a video that featured a lawyer defending his right to discriminate: 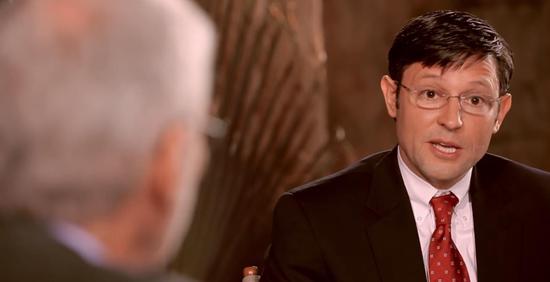 That lawyer is Mike Johnson, who also happens to serve in the Louisiana House of Representatives. He already drafted a bill that would allow people to deny service to LGBT individuals on the basis of “religious freedom.”

And now he’s filed legislation (HB 771) that would essentially allow the Ark Park (or other attractions like it) to receive tax incentives in his state.

(I guess if the Kentucky park fails, Ken Ham would have another option a few states over.)

[The bill] could provide tens of millions of dollars in taxpayer incentives to subsidize the construction of large-scale theme parks by tax-exempt churches and religious organizations.

… [the legislation] would establish an entirely new set of ridiculously lucrative tax incentives for anyone and everyone planning a tourist development, including a “theme restaurant” (though I’m guessing this has nothing to do with Hooters, Twin Peaks, or Tilted Kilt) and an entirely new bureaucracy to approve those incentives. Rep. Johnson even remembered to include a provision about 501(c)(3) organizations, primarily so that we’d all know that Ken Ham’s group would definitely be included here.

There are currently no prohibitions on parks run by church groups or ones that discriminate on the basis of, say, religion or sexual orientation.

So far the bill is being considered in the House Ways and Means Committee. It has a long way to go before it becomes a law, but you may want to keep an eye on it…