You may have heard that ABC picked up a sitcom for next season loosely based on the life of sex-columnist/writer Dan Savage. I wasn’t sure what to expect, but the trailer for The Real O’Neals just came out and I have to say: It looks pretty good as far as sitcoms are concerned. It has plenty of elements to explore if it can stay on the air for a while.

Every member of the Irish Catholic family at the center of the series has some sort of closeted secret: The son is gay, the parents are considering a divorce, etc. All of which should drive the Catholic League’s Bill Donohue and One Million Moms crazy. And isn’t that really the whole goal of sitcoms nowadays? 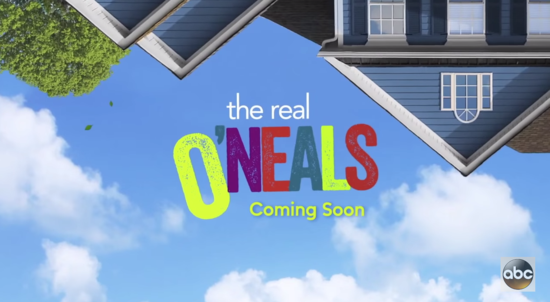 May 14, 2015
The Joy of Being an Atheist is Beautifully Captured in This New Film
Next Post

May 14, 2015 A Judge Dismissed Their Lawsuit, but Atheists Won the Ability to Officiate Weddings in Minnesota County
"@RAM ,glad you posted good comment!!, since you don't know is that a few of ..."
adriana riley miller- cuevas Christian Baker Who Wouldn’t Make Birthday ..."
"Well, do you believe me now?"
Modusoperandi Evangelist Robin Bullock: God Spoke To ..."
"Except that lots of these folks are the people in charge."
Lee Miller New Southern Baptist Leader: QAnon is ..."
"Maybe , and just go with me on this. Maybe he’s just lying."
kantalope Evangelist Robin Bullock: God Spoke To ..."
Browse Our Archives
What Are Your Thoughts?leave a comment