Creationist Researchers Argue Over the Duration of the Great Flood: Did It Last 371 or 365 Days? May 14, 2015 Hemant Mehta

Creationist Researchers Argue Over the Duration of the Great Flood: Did It Last 371 or 365 Days?

The last time we saw Creationists arguing with each other, it was over Adam & Eve’s skin color.

Now, in a new “research” paper published by Answers in Genesis, Dr. Danny Faulkner attempts to prove that the Great Flood wasn’t 371 days. Obviously. That would be ridiculous. 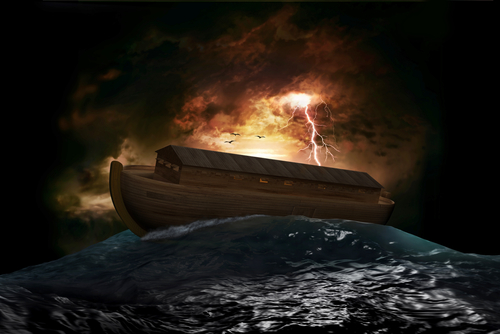 I think my favorite part is where, in addition to citing the Bible, he refers to himself in the third person:

I take that back. My favorite part is where Faulkner admits this is all pointless in a section called “Does It Matter?”

What difference does it make how long the Flood was? Ultimately, it matters relatively little…

… Probably the best answer that avoids many of the details that I have discussed here is to reply that the Flood lasted about a year. This covers all possibilities.

So there you have it. The expert Creationist researcher thinks the best answer for how long the Flood lasted is to offer a non-committal response and hedge your bets.

Not a bad idea considering no one was asking this question in the first place.

You can laugh your way through the full peer-reviewed-by-other-Creationists paper right here.

This concludes another edition of What the hell do Creationists do in their laboratories?