Teen Atheist in Singapore Convicted on Charges of Obscenity and Wounding Religious Feelings May 13, 2015 Hemant Mehta

I’ll hand it to Amos Yee Pang Sang. The teenage YouTuber has some entertaining videos: 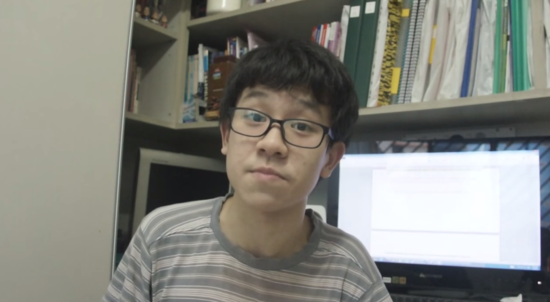 The problem is that he mocked Christianity in his videos… and he also created this image of his country’s recently-deceased founding father Lee Kuan Yew fucking former British Prime Minister Margaret Thatcher: 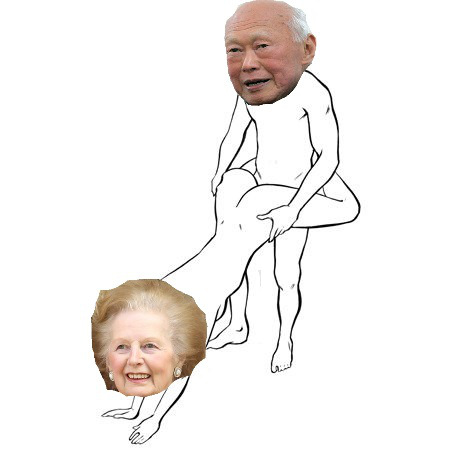 And since he did this all in Singapore, which makes Bangladesh look like a beacon for human rights, he faced up to three years in prison for his “crimes.” Yesterday, after a two-day trial, a court convicted him on obscenity charges. Prosecutors, however, are asking for a “light” sentence that amounts to probation and a bail payment of 10,000 Singapore dollars (about $7,500), which was already paid. His sentencing will take place on June 2.

“His actions are far from being ‘noble’ or imbued with good intentions. It was a calculated course of conduct undertaken for the sake of publicity and without regard to the damaging effects on the community.”

However, taking into account Yee’s age and profile, “it is clear that neither a sentence of a fine nor a term of imprisonment would be suitable in the circumstances”, said DPP Hay. “What he urgently needs is counselling and appropriate probation.”

Got that? He needs counseling for pointing out the absurdity of Christianity and mocking public figures. So… the same stuff the rest of us do on the Internet all the time.

Nathan Heller of the New Yorker put it well last month not long after Yee was arrested:

If anything, Yee has all the hallmarks of a green and thriving mind; he is exactly the kind of person you would one day want reviewing your books, making your movies, maybe even running your country. Americans, who enjoy the benefits of free media, have a responsibility to take him more seriously than they take the government that has tried to quiet him for thinking freely in the public sphere. And those of us in the Fourth Estate have a duty to spread word of his ridiculous charges. If people like Amos Yee end up the custodians of our profession, the future of countries like Singapore can be brighter than their past.

During his trial, Yee had to take down the offensive material.

I guess no one charging him in Singapore ever heard about the Internet Archive.

Yee’s words are as powerful as ever. You may find them immature, but nothing he did should have gotten him in any legal trouble. But that’s what “free speech” looks like in Singapore. At least Yee’s now-censored materials will be spread even further because the government decided to come after him.

May 13, 2015
How Chemical Evolution May Help Us Discover the Origins of Life
Next Post