Once Again, an Atheist Blogger Has Been Hacked to Death in Bangladesh May 12, 2015 Hemant Mehta

Once Again, an Atheist Blogger Has Been Hacked to Death in Bangladesh

For the third time since the beginning of the year, an atheist writer has been killed in Bangladesh. 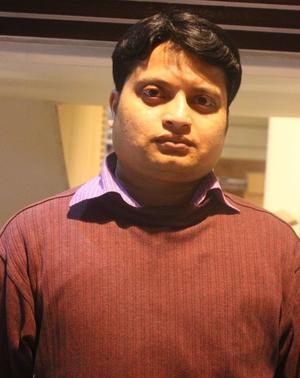 “Attackers wearing masks hacked Ananta Bijoy Das with machetes in Sylhet city at around 8.30am this morning. We have learnt that he was a writer,” deputy commissioner of Sylhet police Faisal Mahmud told AFP.

“In recent months he received threats from extremists for his writings. He was on their hitlist,” Debasish Debu, a friend of Das, told AFP from Sylhet, referring to an alleged hitlist of atheist bloggers prepared by Islamist militants.

Das was a writer for Mukto-Mona, an atheist blog that was moderated by Avijit Roy. His last post on Facebook appears to have been made shortly before he was hacked to death with machetes.

A NSFW image of Das following the attack is making the rounds online.

No one has been arrested yet. Hardly a surprise given the Bangladeshi government’s sluggishness on the matter of seeking justice for dead atheists.

It’s disturbing to no end to understand that these Bangladeshi atheists — who are doing exactly what I do every day — must constantly live in fear of death for expressing their opinions. They are courageous beyond anything I can comprehend and they’re paying the ultimate price for the “crime” of questioning dogma. How many more lives have to end before our own government takes this seriously enough to force Bangladeshi officials to take real action on these matters?

***Update***: The International Humanist and Ethical Union has released this statement:

Ananta Bijoy Das had reached out to us at IHEU following the murders of Avijit and Washiqur. Accepting the very serious threat to this life, we advised Ananta in trying to make the difficult move out of danger. However, we have been informed that his application for a visa to travel to Sweden, under invitation from Swedish PEN, was rejected last week by the Swedish embassy in Dhaka, on the basis that he might seek to remain in Sweden.

We call on all countries to recognise the legitimacy and sometimes the urgency and moral necessity of asylum claims made by humanists, atheists and secularists who are being persecuted for daring to express those views.