The Trailer for a Documentary About The Atheist Experience May 11, 2015 Hemant Mehta

The Trailer for a Documentary About The Atheist Experience

I’ve spoken to a lot of people over the years who have been influenced (or flat-out deconverted) by The Atheist Experience, the call-in talk show produced by the Atheist Community of Austin and whose hosts include Matt Dillahunty, Russell Glasser, Tracie Harris, Jen Peeples, and several others.

So it’s exciting to see the trailer for Mission Control Texas, a documentary all about the show — and how the hosts’ perspectives contrast with damn near everyone else in their state: 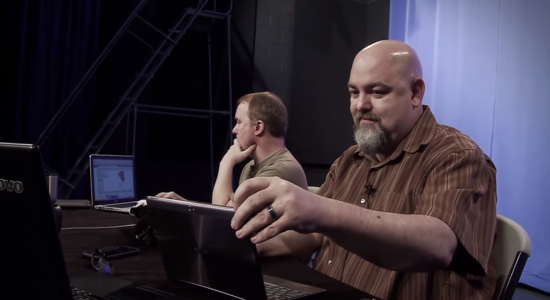 Don Baker, another one of the show’s hosts, says of the production team:

They focused on our show, I think, because we are one of the few places where honest discussion happens about religion on the air.

The film, by Ralf Bücheler, is currently on the festival circuit in Germany. It’s not yet available in the U.S. (But, dammit, it better be soon.)

May 11, 2015
Paraguay Officials Are Prohibiting 10-Year-Old Rape Victim from Having Abortion
Next Post