For a while last year, this was the story that never seemed to end.

After a couple of holdups, it looked like there were no objections and the bill would go through… but the version of the bill that passed through the State House contained a ridiculous amendment:

That untrue, unscientific, twice-mentioned Creationist addition was the work of Sen. Kevin Bryant (a Republican, of course) who derailed the bill from the outset by trying to stick a full Bible passage in it. While that amendment was thrown out, this one somehow was accepted.

Thankfully, the State House didn’t like the amendment. They rejected it and the bill was eventually revised to remove the religious language:

Whereas, giant mammoths used to roam South Carolina; and

Whereas, scientists have identified the fossils of about six hundred and fifty species of vertebrates in South Carolina to date; and

Whereas, it has been recognized that fossilized mammoth teeth were discovered in a swamp in South Carolina in 1725; and

Whereas, this discovery has been credited as the first scientific identification of a North American vertebrate fossil. Now, therefore,

“Section 1-1-691. The Columbian Mammoth is designated as the official State Fossil of South Carolina.”

Science for the win!

Now, her saga is the subject of a new children’s book called Can You Dig It? Olivia’s Story: 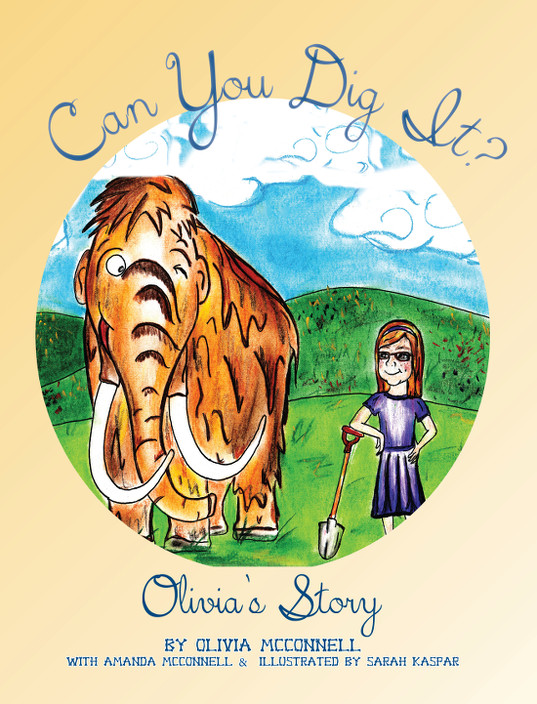 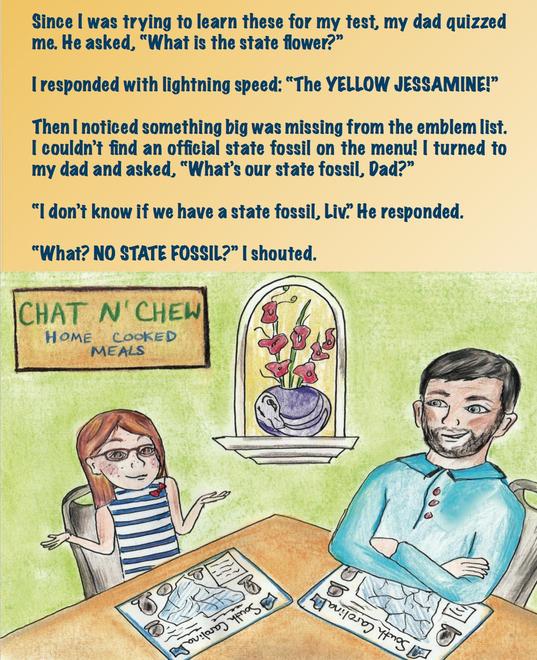 The book is available beginning May 30, the same day her family and friends will be celebrating in Columbia with a public release party in Olivia’s honor. All the details are right here if you’d like to attend.

I should point out that the book, written from Olivia’s perspective, doesn’t get into any religious debates. It doesn’t bring up the Bible at all. It’s mostly about the process she went through in turning her simple idea into a bill signed by the Governor. You wouldn’t expect grade-schoolers to understand why the religious language was problematic and the narrative just deals with it as it would any other bump in the road.

I’m so glad there’s a happy ending to Olivia’s fight, though. Let’s hope it compels her to become an activist well into her future.

(Top image via Shutterstock. Portions of this article have been posted before. Page printed with permission from Holladay House Publishing. Illustrations by Sarah Kaspar)

May 11, 2015
Pastor Brags About Escaping Car Accident Unharmed... Even Though Wife Has Spinal Fractures & Needs Neck Brace
Next Post

May 11, 2015 Now on Kickstarter: Christian Mythology for Kids
"Honestly? I don't see the point in that. I think it's time the Republican base ..."
Nomad A GOP Lawmaker’s “Earthen Vessel” Rant is ..."
"I have been wondering how 'alternative medicine' got to be so popular even among people ..."
Gwen Pryce These People Didn’t Leave Their Churches; ..."
"They were four men who wrote bestselling atheist books in 2004-2007. A magazine article popularized ..."
ORigel Richard Dawkins Urges People to Sign ..."
"Been there, done that.https://www.businessinsider.com/women-30-years-prison-miscarriage-georgia-abortion-2019-5"
Yoav A GOP Lawmaker’s “Earthen Vessel” Rant is ..."
Browse Our Archives
What Are Your Thoughts?leave a comment