On last night’s Saturday Night Live, one sketch featured a Pictionary-like game show in which contestants had to draw a clue for their teammates. It was easy enough to guess “Gone Girl,” but the next player’s clue?

Chaos ensued as he debated what, if anything, he should do: 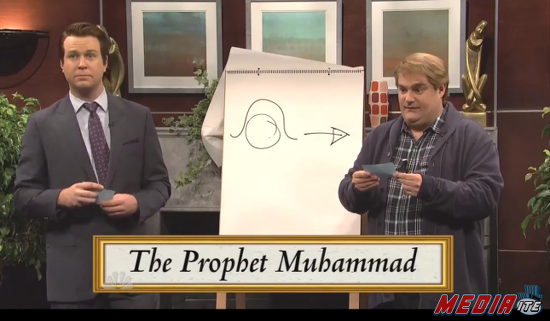 Incidentally, as one commenter on Mediaite notes, this was pretty much a carbon copy of a sketch from Canada’s This Hour Has 22 Minutes from earlier this year — right down to the contestant’s reaction to the clue, the prize money, and his teammate’s guess.

Not sure if that was intentional or not, but that’s a lot of similarities to be purely coincidental…