Texas Teacher Suspended for Making a Snide Comment About Christianity is Reinstated After Inquiry May 9, 2015 Hemant Mehta

Last week, Ryan Stagemeyer (below), a teacher at Flower Mound High School in Texas, was apparently suspended for making derogatory statements about Christianity in the classroom.

Or so the story goes. 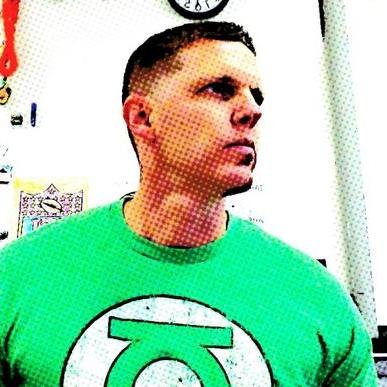 Carter Henderson, a student who started an online petition to reinstate Stagemeyer, said classmates told him that the teacher said he thinks Christians who don’t give as much to the poor as they can are hypocritical. One of Stagemeyer’s students wrote on Twitter that “the bible says to give as much to the poor as you can and he believed that not all Christians do that.”

Before the Fox News crowd jumps all over this, it’s worth pointing out that we have no idea what he said in class or how he said it. A comment about how religious people can be hypocrites, while true, could be taken different ways depending on who’s hearing it. Maybe it was a joke. Maybe it was a side comment. Maybe one Christian student just took an innocuous statement and blew it completely out of proportion. It wouldn’t be the first time. But we just don’t have the full story. (Neither does the student who started the petition, by the way, though it has nearly 1500 signatures.)

The administration did its job by investigating the situation. They pulled kids out of class to chat with them and spoke with Stagemeyer himself. Many of the students have said on social media that Stagemeyer did nothing wrong. (The #FreeStag hashtag was very active on Twitter over the past several days.)

Last night, the Lewisville Independent School District announced that the suspension was lifted on Stagemeyer and he could continue his teaching duties. They didn’t elaborate on the details since it’s a personnel matter, but Stagemeyer issued a brief statement via Twitter:

Thanks to everyone for the support & kind words. The issue has been resolved & LISD and FMHS have treated me more than fairly in this process. There is more to the story than most of you realize and the only person to blame for this situation is me. Let’s stop looking for people to blame and get back to normal. I look forward to seeing you all Monday.

I was hesitant about posting this because there was really no story there, but I know conservatives will be quick to pounce on this teacher as if he was persecuting Christians.

Let’s be clear: That’s just not the case and the district (in Texas, mind you) confirmed it.

May 9, 2015
Daniel Dennett Withdraws from World Science Festival Due to Templeton Foundation Sponsorship
Next Post