Australian public schools offer “special religious instruction” (SRI) which is something of a joke when you realize how badly that privilege is abused. In theory, it’s great because kids can learn about the beliefs of all different faiths. But in many schools, the religious education is primarily Christian and the education veers into heavy indoctrination. Volunteers — and they’re always Christian, it seems — often use the time with students to make converts instead of merely educating them about what they believe.

The latest example of this is the publication Teen Sex By the Book, a sex-ed textbook from a Christian perspective. Many schools are using the materials to educate students, and the messages in the book are absurd.

Deanne Carson, a “leading Australian Sex Education expert,” analyzed the book for Fairness In Religions In School (FIRIS) and what she found was mind-blowingly awful. 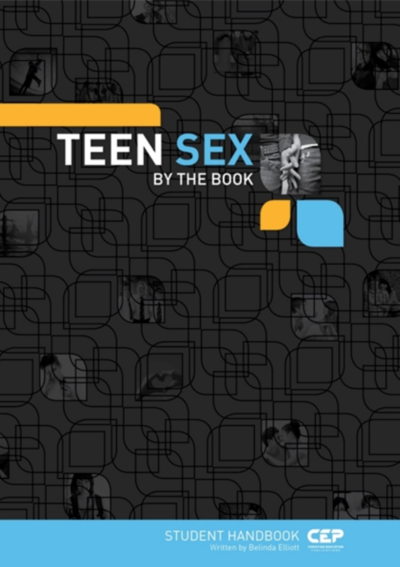 Here’s one example of “purity culture” being promoted in the text:

And homosexuality is a big no-no:

The Bible tells us that God created Adam and Eve and gave them the joyous opportunity of sex for procreation, pleasure and unity — one man and one woman celebrating their sexual togetherness in God’s plan. One example of misplaced sexual desire is when we are drawn to people of our own sex in what is called homosexuality.

And don’t you dare think about ever getting a divorce:

“Some teenagers have bad sexual experiences when growing up. It may be that their parents are divorced or separated and they have no example of love or sexual intimacy in their home.”

“Jesus seems to permit divorce for marital unfaithfulness. But anyone who divorces and remarries for any other grounds is guilty of adultery…”

“The other reason why Christians choose to divorce is if one partner is abusing the other and there is no chance of reconciliation. Christians are encouraged to maintain the marriage relationship and seek forgiveness and reconciliation if at all possible.”

This is just a sampling of the bad information in the book. Carson concludes:

Teen Sex by the Book does not meet the NSW Department of Education and Communities Sexual Health guidelines. It does not meet industry standards or best practices.

While some of the content is factually accurate, it is presented in such a fashion as to encourage discrimination against non Christian youth, but particularly sexually active, same-sex attracted and gender diverse teens. It places undue scrutiny on girls’ sexual behaviour (perceived or lived) and excuses boys from being held responsible for acts of coercion or sexual violence.

It seeks to encourage young people to break bonds with confidantes who are not Christian and actively proselytises.

There is enough evidence contained in reports such as those in the appendix to this document that this type of sexuality education is not of industry standard and could actively worsen health outcomes for students subjected to this curriculum.

My recommendation is that schools cease using this curriculum immediately.

Apparently this book isn’t supposed to be part of the SRE curriculum, but it’s being used whether parents and students like it or not:

Chief executive of Anglican Media Sydney Russell Powell said Teen Sex by The Book was not intended for use in SRE classes, however it is listed alongside other SRE materials in a Christian Education Publications catalogue.

When religious education is abused this badly, it’s a wonder it’s still a part of public schools.

May 6, 2015
A Humanist Responds to Matthew Vines' God and the Gay Christian
Next Post

May 6, 2015 Texas High School With No Sex Education Program Sees Chlamydia Outbreak
"There are a lot of possible fee rates and expense charges plus numerous other considerations ..."
Scifry Christian Hate-Preacher: Pride Month Has “Always ..."
"https://uploads.disquscdn.c..."
Mike Panic Christian Hate-Preacher: Pride Month Has “Always ..."
"Whoever refuses the vaccine for any reason, especially religion, please keep doing that, please. Herd ..."
Dennis Lurvey Some Indian Villages Are Refusing COVID ..."
"Yep, brain off, gullibility on. That should work."
Foxglove Some Indian Villages Are Refusing COVID ..."
Browse Our Archives
What Are Your Thoughts?leave a comment