What I Learned from Fighting Back Against Public School Bible Distributions May 5, 2015 Hemant Mehta

What I Learned from Fighting Back Against Public School Bible Distributions

This is a guest post written by Andrew Seidel. He is a staff attorney at the Freedom From Religion Foundation. 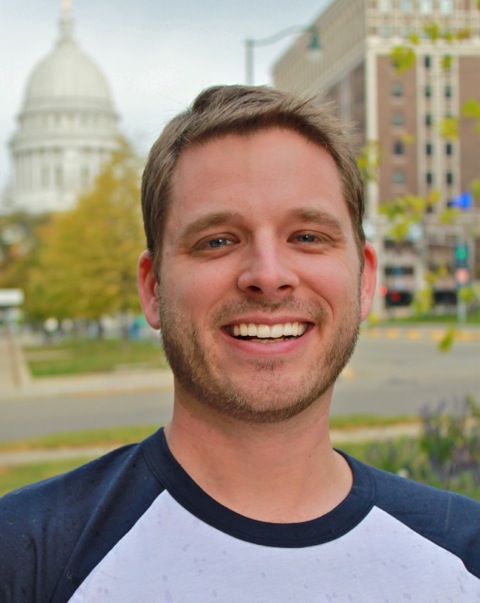 When bibles were distributed in Orange County Public Schools in January of 2013, I wrote a letter to the school district on behalf of FFRF asking them to “halt all distributions” (See Exhibit D). Earlier this year the district finally banned all such distributions, but only after we sued.

Yesterday, the Eleventh Circuit Court of Appeals handed down the final word on the case, which has essentially been over since the school board voted in February to give FFRF what it asked for 28 months ago. Basically, the court said the case was moot because the school district changed its mind.

Endings are a time for reflection and I learned several lessons litigating this case. But to understand the lessons, you need to understand exactly what happened. FFRF tries to resolve state/church complaints through education. We only resort to lawsuits when the government ignores us or defends their First Amendment violations as legitimate. Hence, our January 2013 educational letter to the district asking them to halt all bible distributions.

The district refused. It claimed that it had an “open forum” where any outside group, including FFRF, could distribute any literature, including bibles, on school property. FFRF’s position has always been that these forums should be closed. It’s a debate I’ve been having with Oklahoma’s Attorney General Scott Pruitt for a few weeks now. (The following shows why Pruitt is wrong.) But if bibles are going to be distributed, FFRF thinks students should also get literature that criticizes the bible.

With the help of our local chapter, the Central Florida Freethought Community and its founder David Williamson, FFRF asked to distribute our own lit. Orange County Public Schools insisted on vetting the literature and censored much of it. For instance, the district prohibited one book because its message that Jesus was not crucified or resurrected “is age inappropriate for the maturity levels of many of the students in high school,” even though the district-approved bible claims that Jesus was crucified and resurrected. So, FFRF sued.

Only after we filed the federal lawsuit did the school district agree that our material should be permitted in public schools. The following school year, on January 3, 2014, the school district told FFRF its literature could be distributed and that the deadline for submitting new material to the school district for vetting was December 31, 2013. Yes, you read that correctly, they told us three days after the deadline. Had we wanted to distribute new literature — and we did — it would have been impossible given this timing. Moreover, the district kept the same broken vetting process in place — the same person, same procedures, and the same unbridled authority to prohibit literature with a message the district disliked — and that vetting was only applied to us. (The district actually admitted it did not vet the bible.)

Even though we were not given any time to actually participate in the 2014 distribution, the court declared the case moot.

But more importantly, the distribution forum was still open. Sure, we could finally distribute our message, but that was not our primary goal. From the first letter we sent in January 2013, we made it clear we were trying to “halt all distributions” from the bible to atheist literature. So we wanted a way to test the forum, to ensure that it truly was a fair forum, open to all.

That’s why I called my friend Lucien Greaves at The Satanic Temple in July 2014. Lucien agreed that, if the bible is being distributed in the public schools, kids should hear about the messages of other religions as well, including The Satanic Temple. Like FFRF, TST thinks that schools should stick to educating students and not open forums for adults to prey on other people’s children — but like us, TST is unwilling to allow bible-thumpers to monopolize those forums.

When TST requested to distribute its wonderful coloring books in public schools, the backlash was harsh and immediate. It was also predictable. In fact, it’s so predictable that David Williamson, who is not only the founder of CFFC but also a plaintiff in the case, coined a new phrase: “Lucien’s Law.”

Lucien’s Law states that governments will either (1) close open forums when The Satanic Temple asks to speak, or (2) censor The Satanic Temple, thereby opening itself to legal liability. It is, as Hemant has noted, “like the nuclear option of church/state separation cases.” By November 2014, it became clear that the school board was going to choose option #1 and close the forum, which they eventually did in February 2015.

So what have we learned?

Lesson #1: Despite the court opinions declaring the case moot, it was an unqualified success for FFRF and our chapter, CFFC. We sought to close this bible distribution forum, and it is closed. We accomplished our objectives, even if the court battle was technically a loss.

Lesson #2: Apparently, The Satanic Temple’s coloring book is scarier than atheist literature. Perhaps we atheists are not the most hated group in America. Or, perhaps we’re the most hated, but less feared. After all, Satan does run hell.

Lesson #3: This strategy is portable. Other school districts around the country allow bible distributions. Just this year, two districts in Oklahoma — Okemah and Checotah — told us bible distributions occurred as part of open forums. I informed them that, in that case, FFRF would like to use the forum and that we’d be telling some friends. They had closed their distributions forums within a month.

Lesson #4: Groups trying to distribute bibles in public schools are not thinking. (Shocking, I know.) Bibles are the most widely available book in this country, if not the world. It is incredibly easy for students to get a bible, but it’s much harder for students to get literature critical of the bible. When these groups infiltrate schools, the schools are forced to declare an open forum, which brings in the atheists. Which message will have a bigger impact on students, the one they hear for the hundredth time or the one they hear for the first time?

If bibles or other religious literature is being distributed in your schools, report the violation to FFRF here. Think handling 3,500 state/church complaints every year is impressive? Join FFRF.

The opinions expressed in this article are those of the author.

May 5, 2015
Catholic Priest Who Molested Three Boys Finally Apologizes... to His Church Colleagues
Next Post

May 5, 2015 Humanist Groups Call for End to Injustice in the Wake of Freddie Gray's Death
"https://uploads.disquscdn.c..."
sweeks The Bible Makes Way More Sense ..."
"Would you care to elaborate?"
NoOne of Consequence Here’s How Well-Known Atheists Are Defending ..."
"Harris thinks he is smarter than he really is. Or that other people are too ..."
(((-MARK-))) Here’s How Well-Known Atheists Are Defending ..."
"I assume he used the tailpipe, so I hope he turned off the engine first ..."
ken2653 “God” Told a Couple to Get ..."
Browse Our Archives
What Are Your Thoughts?leave a comment