Pastor Can’t Understand Why Anyone Would Be an Atheist May 5, 2015 Hemant Mehta

Pastor Can’t Understand Why Anyone Would Be an Atheist

Rev. Eric Strachan, a retired pastor from New Life Community Church in Petawawa, Ontario, doesn’t understand atheists. But instead of asking local atheists to inform him about their views, he went ahead and wrote an opinion piece for The Daily Observer laying bare all of his ignorance: 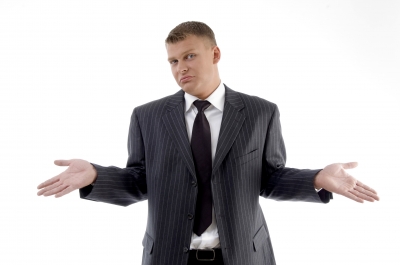 … I think there are many people who are atheists today because they’ve experienced human tragedy, painful traumatic events in their lives, wars, rapes, a dysfunctional childhood, abuse, the tragic loss of a loved one and they’ve simply not been able to come to a satisfactory answer to the perennial perplexing question, “If there is a loving, all-powerful God, then why would He allow this to happen to me?”

Outside of their own personal traumas, many embrace atheism today because they read of the Jewish Holocaust, see and witness human tragedies on a widespread scale, famines, genocides, ethnic cleansings and they ask themselves despairingly, “If there is a God, why would He allow such atrocities?” Together with that, there are many who fly under the banner of atheism today because at some memorable junction in their lives they have been desperately hurt, wounded and scarred by someone who professed to be a believer.

Very few people, in my experience, become atheists because they witnessed hypocrisy or experienced a personal tragedy. However, those things may lead them down a road of questioning, which ultimately results in them abandoning faith. It’s not because something happened to them; it’s because they finally asked the right questions and realized the answers don’t require supernatural explanations.

Why are we atheists? Because we thought about it and it made sense.

Because there are intellectual reasons for it.

Because the evidence doesn’t conflict with our beliefs.

Not because of some fictional reasons pastors teach you in church.

(Image via imagerymajestic at FreeDigitalPhotos.net. Thanks to Brian for the link)

May 5, 2015
Humanist Groups Call for End to Injustice in the Wake of Freddie Gray's Death
Next Post