Texas GOP Rep. Matt Schaefer Wants to Force Women to Give Birth… Even When the Fetus Has No Chance of Survival May 4, 2015 Hemant Mehta

Texas GOP Rep. Matt Schaefer Wants to Force Women to Give Birth… Even When the Fetus Has No Chance of Survival

The war on women is still going strong in Texas.

In a bill concerning the operations of Texas Department of State Health Services, State Rep. Matt Schaefer (below) recently threw in an unbelievable amendment that would ban abortions if the “fetus has a severe and irreversible abnormality.” 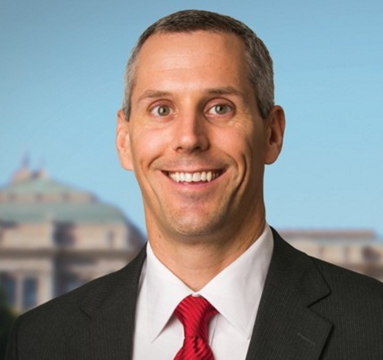 In other words, even if a fetus has no chance of survival, Schaefer believes a woman should be forced to carry it to term.

Schaefer said, during debate over his amendment, that suffering is “part of the human condition, since sin entered the world.”

… I don’t even know what that’s has to do with anything. Who knew that it was his job to force others to suffer?

A few years ago, a Nebraska law banning late term abortions forced a woman to give birth to a non-viable child. He died 15 minutes later, adding to the parents’ grief. Why Schaefer wants to replicate that scenario, I have no idea.

Even more amazing is that his amendment passed… albeit only temporarily:

Schaefer’s amendment passed, briefly, before state Rep. Trey Martinez Fischer (D-San Antonio) filed a legislative point of order that prompted the bill’s sponsor to pull down the entire piece of legislation for review.

But you know he’ll try again at the next opportunity.

You can let Schaefer know what you think on his Facebook page, where plenty of commenters are already letting him have it.

May 4, 2015
Woman Who Vandalized Satanic Display in Florida Capitol Now Trying to Capitalize on Her Crime
Next Post