Just a couple of months after Omaha, Nebraska Mayor Jean Stothert signed a proclamation honoring Charles Darwin‘s birthday, she’s done it again with one for the National Day of Reason: 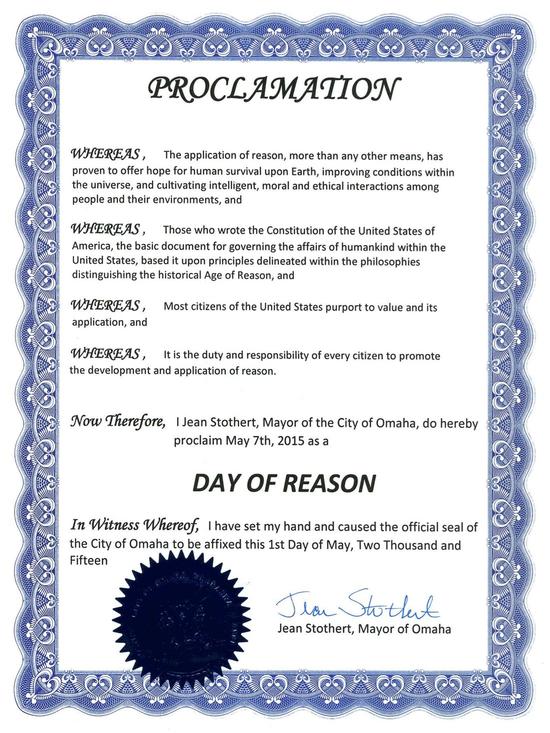 WHEREAS, The application of reason, more than any other means, has proven to offer hope for human survival upon Earth, improving conditions within the universe, and cultivating intelligent, moral and ethical interactions among people and their environments; and

WHEREAS, most citizens of the United States purport to value reason and its application; and

WHEREAS, it is the duty and responsibility of every citizen to promote the development and application of reason.

NOW, THEREFORE, I Jean Stothert, Mayor of the City of Omaha, do hereby proclaim May 7th, 2015 as a

In Witness Whereof, I have set my hand and caused the official seal of the City of Omaha to be affixes this 1st Day of May, Two Thousand and Fifteen

Another Nebraska mayor as well as Governor Pete Ricketts have signed similar proclamations.

May 3, 2015
Please Support the Work I Do Through This Site
Next Post