Atheist Activist Explains How She Shed Her Faith and Why She’s So Motivated to Help Others May 3, 2015 Hemant Mehta

If you read one interview with an amazing activist today, let it be this one with Sarah Morehead, who runs Recovering From Religion and launched the toll-free atheist hotline: 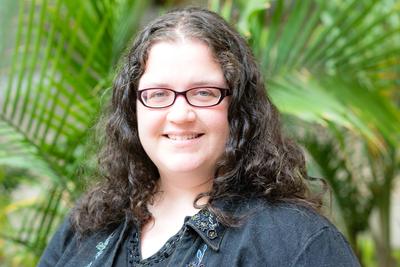 The loss of my faith wasn’t all at once, as it isn’t for many people. At first the changes were tiny. I remember the moment when I had the epiphany that American Baptists might not burn in hell. Later, Bible-believing Christianity stopped working for me, but for a long time I thought that was a problem with me, not with the religion. I was probably destined for hell, but I just couldn’t figure it out. Eventually I tried out more liberal religious viewpoints, like the Unitarian Church. When I finally realized I don’t believe this anymore, I didn’t know where I fit.

I had come on this huge, huge journey with no map, and I didn’t know where I was. But you go on the internet and connect with people who are struggling, people who are going through the same things. So, that’s my motivation. There are people who are scared and lonely and afraid and who think they are the only person on the planet who can’t figure it out. The relief some of these people experience when I talk to them — being able to offer them that bridge when there’s nowhere else to go — that is one of the most rewarding things imaginable.

When we atheists gather and communicate over the Internet, it’s easy to limit our activism to the computer screen. Sarah, on the other hand, is one of those people who constantly gets shit done. It’s a great interview by Valerie Tarico. Read the whole thing.

May 3, 2015 Irish Government Formally Responds to Open Letter to Eliminate Blasphemy Law
""Intimate relationship with your father"? Is she promoting incest?"
sneakiki A Christian Bigot Is Furious That ..."
"Some people just need a bit more culture!Honestly, I'm still hoping he does go ahead ..."
Joan D'Ork (Gonzoline) Rick Wiles: A “Satanic Zionist Power” ..."
"Well, the special effects really look great, and while I don't mind at all seeing ..."
CorporalKlinger Christian Nationalist Preacher: God Will Soon ..."
"Hate blinds you more than mas-tür-bating, if only they would get that."
CorporalKlinger Rick Wiles: A “Satanic Zionist Power” ..."
Browse Our Archives
What Are Your Thoughts?leave a comment