These Courageous Egyptian Atheists Have Launched a YouTube Channel May 1, 2015 Hemant Mehta

These Courageous Egyptian Atheists Have Launched a YouTube Channel

Last year, a YouTube channel was created with content aimed directly at a Middle Eastern viewing audience. Free Mind TV is edited and produced in the U.S., but it’s filmed in a secret location in Egypt, using a green screen to fake a larger studio.

Ex-Muslim host Ahmed Harqan hopes the show can reach other viewers in a place where it’s increasingly difficult to be an open atheist. 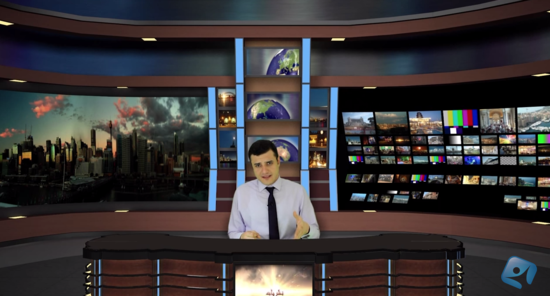 Harqan said that in one instance, people on the street were trying to kill him and his wife, Nada Mandour, so he ran into a police station. The people followed and told the police that he appears on a TV program, insulting Islam. The couple were arrested.

After they were released 24 hours later, they had to move to a different house to avoid threats and harassment.

Mandour, also a former Muslim, shoots and directs some Free Mind TV programs. Since she abandoned religion two years ago, she said, most of her family has abandoned her. Mandour said they hate her for being critical of religion and ultimately declaring herself a nonbeliever. She no longer sees her parents and is not allowed in the family home.

And they’re getting off easy because they haven’t been physically assaulted or sent to prison… yet. Others have been harshly punished for “blasphemy,” starting atheist Facebook groups, or simply coming out publicly as non-religious.

Each episode of Free Mind TV has a few thousand views so far. Pretty impressive for a country with exactly 866 atheists.