Is Christianity Toxic in Manhattan? This Summer, New York’s Museum of Biblical Art Will Be Closing For Good May 1, 2015 Terry Firma

Is Christianity Toxic in Manhattan? This Summer, New York’s Museum of Biblical Art Will Be Closing For Good

Ever been to the Museum of Biblical Art, a Manhattan space that “celebrates and interprets art inspired by the Bible”? Better make it quick. After 10 years, the place is just months away from closing its doors.

MOBIA opened under the auspices of the American Bible Society, an organization devoted to Bible translation and distribution. In 2005, it spun off into its current entity, an independent secular and scholarly museum devoted to examining the Bible’s influence on Western art. But it has never been able to shake off its association with the Christian ministry, from which it still receives important support, including $1 annual rent on its gallery spaces and offices near Columbus Circle. The ABS’s impending move to Philadelphia would have required the museum to find a new home in Manhattan, at a cost of at least $1.5 million a year.

The association with the Jesus faith — something that Slate calls “that pesky aroma of Christianity” — was likely toxic to the museum’s long-term health. 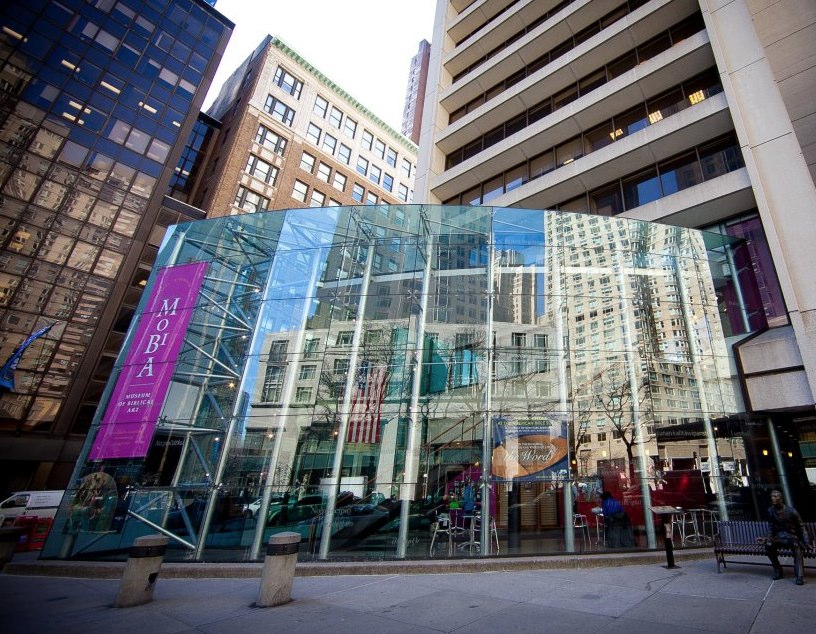 An anonymous former publicist for the museum told the Times, “Just having the world ‘Bible’ in the name says to many people that we’re a conservative, right-wing group, and that could not be further from the case.”

Remarkably enough, all manner of Jewish cultural institutions thrive in Manhattan, including the Museum of Jewish Heritage, the Jewish Museum, and the 92nd Street Y — who have operating budgets of 12, 17, and 56 million dollars respectively.

It speaks poorly of both Christian and secular New Yorkers that when a museum with Christian cultural heritage tries to strike a similar balance between scholarship and identity, it can’t make it in the big city.

I’m not sure why secular New Yorkers should feel in any way responsible.

The best line in the piece:

A universe in which MOBIA fails and the accidentally campy Creation Museum lives on is enough to make one question the existence of a just God.

I wish MOBIA would stick around (the Bible being a central text not just of religion, but of art, history, and culture as well). On the other hand, if the museum is starved of generous donations even from its Christian base, and it can’t put together appealing-enough exhibits to become financially self-sufficient, I can’t honestly say I’m losing sleep over the place shutting down.