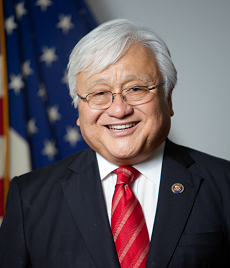 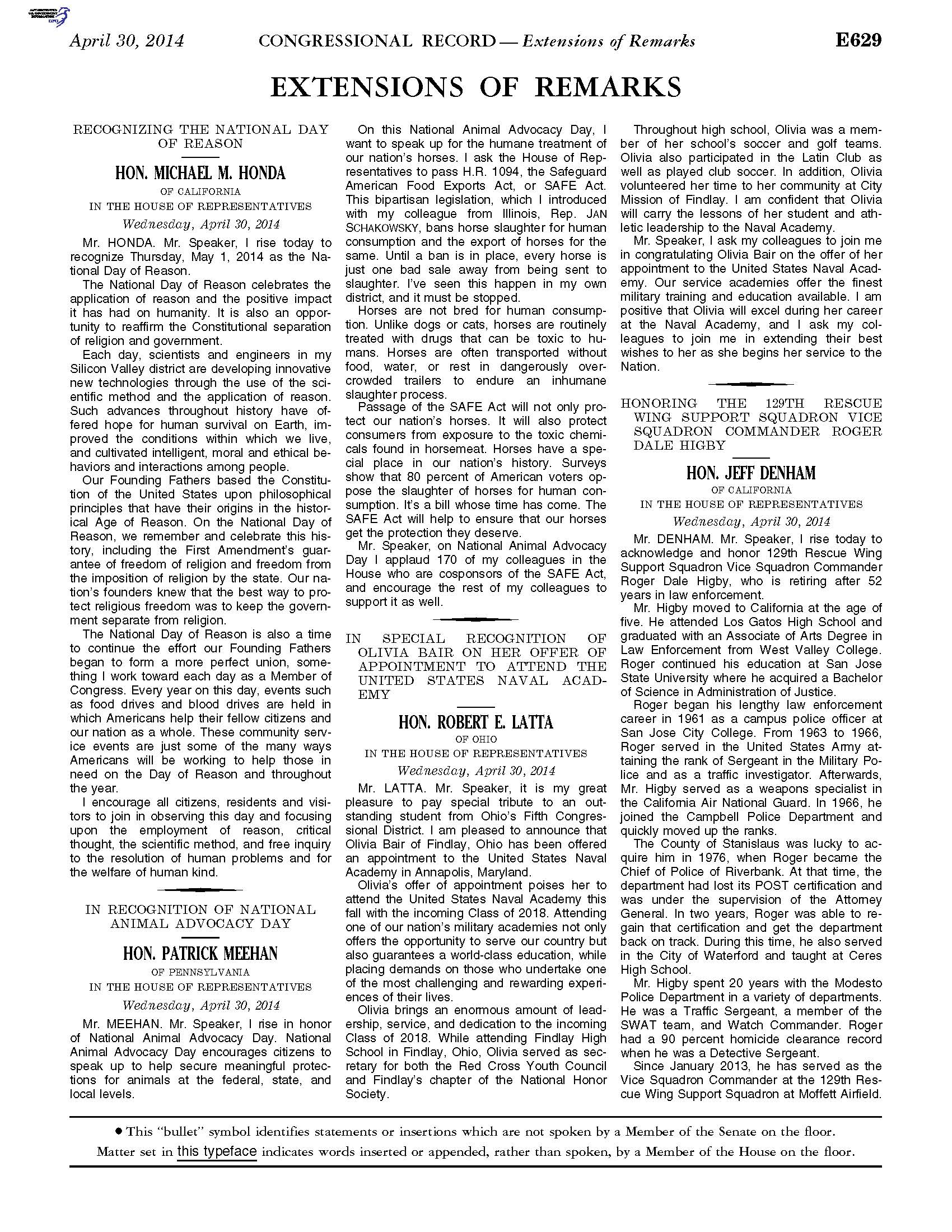 Each day, scientists and engineers in my Silicon Valley district are developing innovative new technologies through the use of the scientific method and the application of reason. Such advances throughout history have offered hope for human survival on Earth, improved the conditions within which we live, and cultivated intelligent, moral and ethical behaviors and interactions among people.

The National Day of Reason is also a time to continue the effort our Founding Fathers began to form a more perfect union, something I work toward each day as a Member of Congress. Every year on this day, events such as food drives and blood drives are held in which Americans help their fellow citizens and our nation as a whole. These community service events are just some of the many ways Americans will be working to help those in need on the Day of Reason and throughout the year.

That’s all well and good but, just for the sake of perspective, it was nothing more than a statement.

Today, Honda went a step further, introducing a resolution in support of the alternative to the National Day of Prayer.

House Resolution 228 celebrates May 7, 2015 as the National Day of Reason and “encourages all citizens, residents, and visitors to join in observing this day and focusing upon the employment of reason, critical thought, the scientific method, and free inquiry to the resolution of human problems and for the welfare of human kind.”

The American Humanist Association deserves the credit for making this happen:

The American Humanist Association worked closely with Rep. Honda and his staff to introduce this resolution, which is co-sponsored by Delegate Eleanor Holmes Norton (DC). In previous years, Rep. Honda and Del. Norton have also supported the National Day of Reason by entering statements into the congressional record in favor of its observance.

Stand by for complaints from the Christian Right…

April 29, 2015 As Sen. Bernie Sanders Prepares to Announce His Candidacy for President, a Reminder About His Faith
"Yes but we don't put people with alzheimers in jail. dump doesn't have alzheimers."
Joe Cage Oklahoma Minister Arrested for Touching a ..."
"Something to be said for an octogenarian at least admitting he might be wrong, and ..."
richardgrabman Josh McDowell Says He’ll “Step Back” ..."
"No, I have understood relativity since I was a child, nearly 70 years ago, well ..."
se habla espol This Inside Look at “Patriot Churches” ..."
"Normally, an apology does include things like an acknowledgement of what the wrong/harm was, and ..."
Makoto Josh McDowell Says He’ll “Step Back” ..."
Browse Our Archives
What Are Your Thoughts?leave a comment