Rénald Luzier (below), better known as Luz, is one of the (remaining) cartoonists for Charlie Hebdo.

According to news reports, he avoided the same fate as his colleagues because he overslept and was late to work the day they were massacred. It’s fitting, then, that he illustrated the cover of the first issue following the attacks: 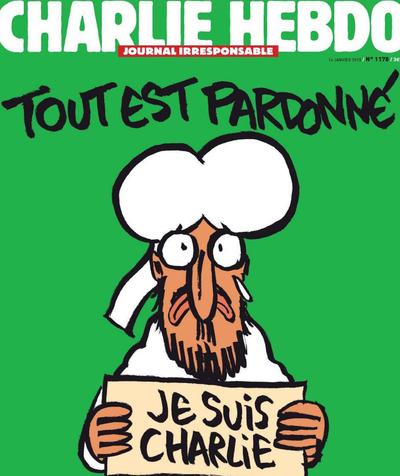 But in an interview published today in Les Inrockuptibles, Luz says he’ll never draw Muhammad again: “It does not interest me.”

It’s a little hard to believe that he just suddenly lost interest after years of satirizing religion, but it’s also hard to fault him for his decision.

Luz didn’t say that he was stopping because he felt his illustrations were offensive or provocative. He didn’t apologize for his past drawings. He didn’t say that he felt lucky to still be alive and feared another attack. But it’s hard to see this is anything but the culmination of a successful bullying campaign. His critics wanted to censor him and they’re getting their wish. Luz is just trying to take the high road by saying he wants to move on to other topics… whatever they are.

No word yet on whether other Charlie Hebdo cartoonists will follow his lead.