Daniel Dennett on the Future of Faith: “Religion Recedes Whenever Human Security and Well-Being Rises”

Daniel Dennett, writing in the Wall Street Journal, notes that religion is on the decline in the West, and the demographic trends will continue (with certain exceptions) unless something awful happens: 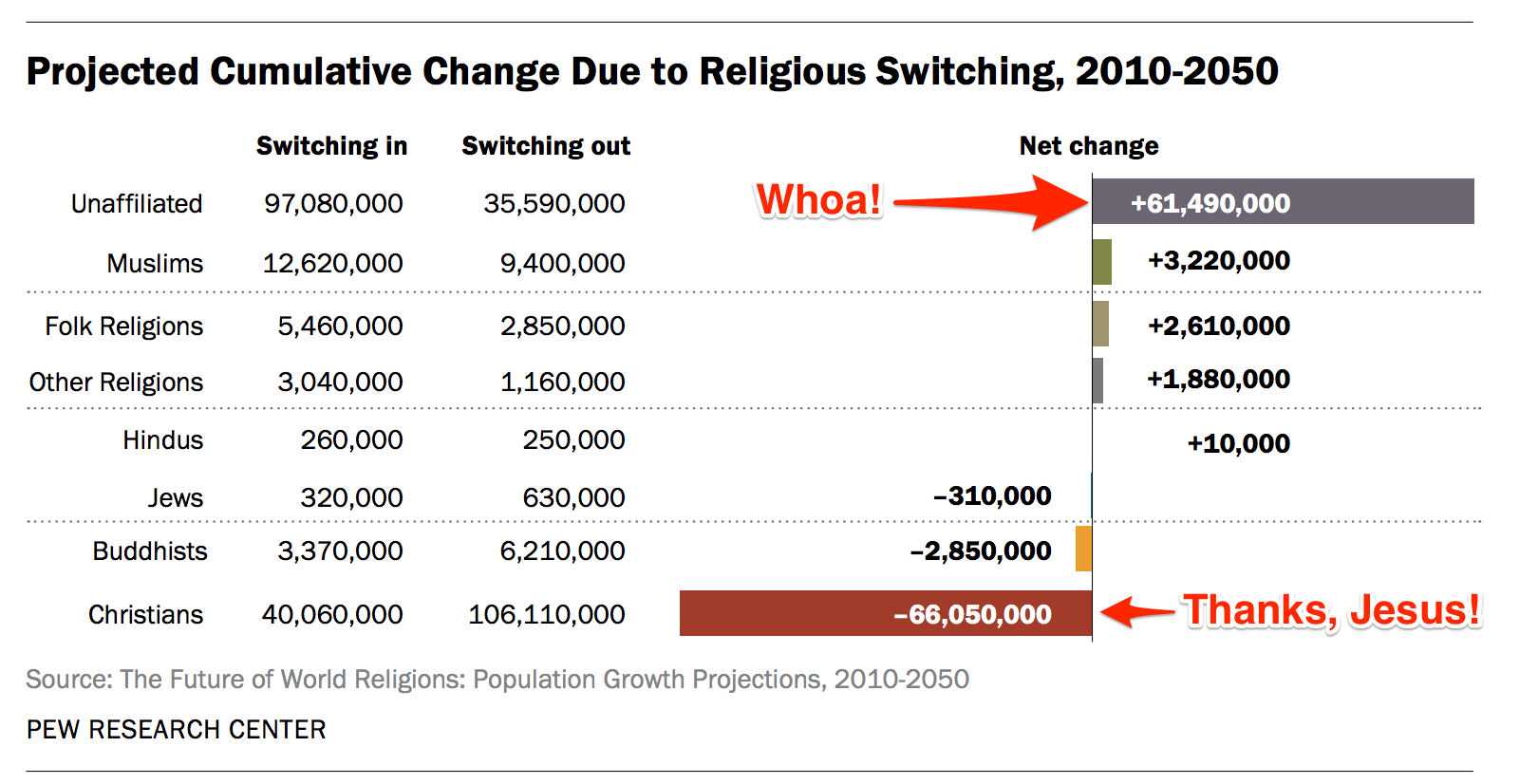 Could anything turn this decline around? Yes, unfortunately. A global plague, a world war fought over water or oil, the collapse of the Internet (and thereby almost all electronic communication) or some as-yet unimagined catastrophe could throw the remaining population into misery and fear, the soil in which religion flourishes best.

With hardly any significant exceptions, religion recedes whenever human security and well-being rises, a fact that has recently been shown in numerous studies, but was suspected by John Calvin in the 16th century. He noted that the more prosperous and comfortable his Genevans became, the less dependent they were on church. Presumably, those who deplore the decline of religion in the world today would not welcome the sort of devastation and despair that could give religion its second wind.

I wonder where faith-based terrorist attacks fall into his equation: Would the chaos lead people to faith or further away from it?

In any case, I think his point is a fair one. As more people have access to knowledge and opinions beyond their bubble, religion just can’t compete. Google has arguably created more atheists than any other force in history.

The more connected we become with people around the world, the harder religious leaders have to work to keep up the pretense that they alone have the right answers.