Darwin: the Voyage that Shook the World is a 2009 film produced by Creation Ministries International. It deceptively interviewed professors under false pretenses, not telling them it was being produced by a Creationist group. It only made an estimated $116,000.

That’s according to an article in The Australian: 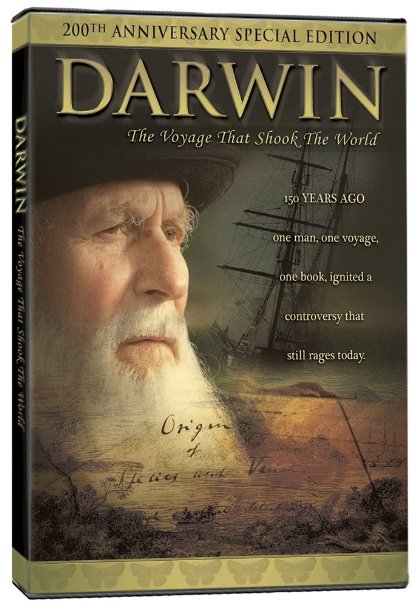 Screen Australia approved a tax rebate to Creation Ministries International to fund the documentary, relying on a loophole in the law that makes the content of the production irrelevant.

The Australian can reveal that Screen Australia awarded the tax offset certificate to Creation Ministries, but the two parties became embroiled in a legal stoush in the Administrative ­Appeals Tribunal, with Creation Ministries seeking to claim $780,069. The matter was ­resolved this week by the AAT, Creation Ministries receiving $452,518 for the docu­mentary, which was filmed in Tasmania and other locations around the world several years ago.

Creation Ministries’ website says the film is “intended to be a thoughtful exploration”.

“We trust that for years to come, as Christians use the DVD to show to their acquaintances, very large numbers of people will rethink and re-examine their various philosophies, and that many will come to know the truth that sets them free in Jesus Christ.”

Atheist Foundation of Australia vice-president Danny Jarman said that he could not understand how the organisation sold the idea of the film to Screen Australia.

“From my perspective, it’s like giving money to anti-vaxxers (people opposed to vaccination programs),” he said.

Public money used to preach the Gospel under the guise of telling the “truth” about Darwin. It’s not too far removed from the $18 million in tax incentives Answers in Genesis was eligible to receive from the state of Kentucky for their Noah’s Ark theme park… before they announced they would discriminate in hiring and the tax break was rescinded.

There’s likely nothing illegal about what happened, but the public has a right to know how the government is choosing to spend their money, with no regard for the content of a project. Australians should be outraged that their tax dollars were used to advance religion… and undermine science education through deception.

Without a policy change, this sort of thing will just keep happening.

April 28, 2015
Here's What Happened at the Supreme Court's Oral Arguments on Marriage Equality
Next Post

April 28, 2015 Comedy Troupe's Sketch Featuring Muhammad Gets Censored by University Chaplains and Students' Union
Browse Our Archives
What Are Your Thoughts?leave a comment