Interfaith Leader: If Orthodox Jews Don’t Want to Sit Next to Women on Planes, We Should Accommodate Them April 26, 2015 Hemant Mehta

Interfaith Leader: If Orthodox Jews Don’t Want to Sit Next to Women on Planes, We Should Accommodate Them

In general, I don’t mind interfaith cooperation. I know there’s value in working with people we disagree with on some issues in order to achieve larger goals we all share.

The problem is when you pretend all religious beliefs are worth respecting.

Remember the Orthodox Jewish men who refuse to sit next to women on a plane? Eboo Patel, the head of Interfaith Youth Core, believes we’re all making too big a deal about this issue and should just go ahead and swap seats to make them happy: 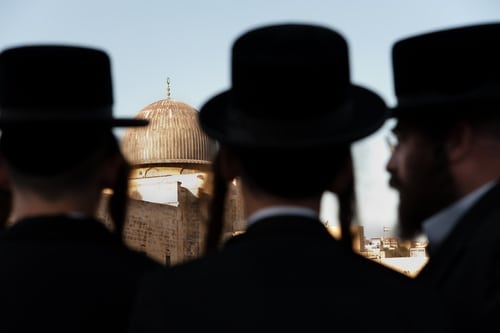 I have seen people give up their aisle seat to a senior citizen and take his middle. I have watched passengers with first class seats hand their tickets to uniformed veterans and sit in economy. Several times I have witnessed people move further back to allow a mother to sit next to her children.

The obvious question: why is exchanging seats on an airplane with a senior citizen, a mother with children or a uniformed veteran considered a noble gesture while doing the same for an Orthodox Jewish man viewed as acquiescing to patriarchal oppression?

Umm… because in the former situations, you’re doing a favor for people who could use a break. In the latter situation, the haredi men are demanding someone swap seats with them to accommodate their irrational beliefs. And if they don’t get their way, they’re going to whine and protest and hold up the entire plane.

One might argue that the Orthodox Jew is actively inconveniencing you by asking you to move. Yes, but so is the mother who wants to sit by her children. In twenty years of flying I have never seen anybody deny that request.

Again, a mother has a perfectly sensible reason for wanting to sit by her children. She has to take care of them if they need to go to the bathroom. She needs to comfort them if they freak out (as kids sometimes do on planes).

The Orthodox Jews have no good reason for their request. They just think God will smite them if they have any physical contact whatsoever with women to whom they’re not married… and the rest of us are under no obligation to acquiesce to their faith-based sexism.

If this is what interfaith cooperation looks like — letting people get away with appalling, awful behavior because their religion compels them to act like jackasses — I want no part of it. By Patel’s logic, we might as well respect Creationists who want their views taught in science class… because diversity!

This idea that Orthodox Jews want to use public transportation while acting like it’s a private jet where they get to dictate where the rest of us sit is absurd. And to support their wishes on the grounds of religious “tolerance” is completely irresponsible.

This is where interfaith activism fails. It prevents people from speaking out against obvious madness all because its cloaked in religion. If people believe God says 2 + 2 = 5 and gay people don’t deserve equal rights, can Patel admit they’re wrong? Or do we have to respect those beliefs because the people making them are devout?

April 26, 2015
Salon Writer Wonders Why the New Atheists Don't Criticize the Kind of Faith That Doesn't Exist
Next Post

April 26, 2015 Religious Leaders Recommit to Wrong Side of History Days before Same-Sex Marriage Debate
Browse Our Archives
What Are Your Thoughts?leave a comment