Mississippi Con Demonstrates You Can Use the Bible to Justify Anything, Even Sexual Assault of a Pre-Teen Girl April 21, 2015 Terry Firma

Mississippi Con Demonstrates You Can Use the Bible to Justify Anything, Even Sexual Assault of a Pre-Teen Girl

John Kirk Councilman, 45, already had a conviction for attempted murder on his record, for which he was out on probation. Then he was arrested and indicted again in Jackson County, Mississippi, for sexually assaulting a minor — under cover of Scripture no less.

[T]o justify the amount of time he spent with the girl weekly, he told her parents he was getting together with her to study and practice going over the Bible’s teachings.

Because who better to teach a child about morality than a guy with a rap sheet for attempted murder.

“It was a long grooming process,” [detective Kim] Stevens said. “He’d known her 12 years of her 14-year life.”

Councilman began sexually touching the girl when she was 12 years old.

When he used the Bible to study with the child, he justified the acts, Stevens said, by “manipulating the words of the Bible to make some kind of sense of what he was doing to her.” … The detective said Councilman touched the girl sexually while the two were looking at the Bible verses and also studied the Bible with her before having oral sex with her and forcing her to perform oral sex on him. 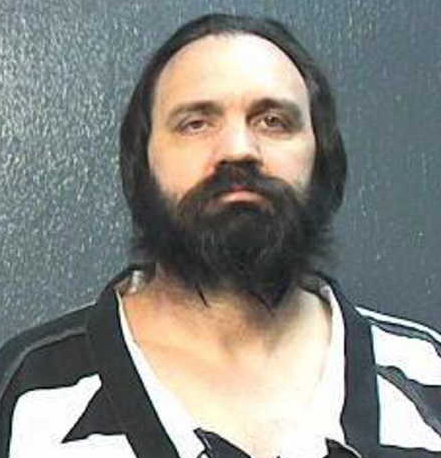 The sexual abuse got so bad, Stevens said, that it finally reached a point where the girl “confided about what happened to a few of her friends.” “She blamed herself,” Stevens said, though police reminded her she was the victim and he was the perpetrator.

And the nonsense didn’t stop when the rapist was carted off to jail again. Even after that, Councilman kept up the Jesus schtick.

From the look of it, Councilman is the Mississippi version of Indiana Pastor Jack Schaap, who bedded a teenager and told her it was OK because the Savior approved.

It’ll be a couple of decades before Councilman can try his shenanigans on any young victims again: yesterday, on the sex-assault charges, a judge sentenced him to 20 years in prison.