Ireland allows religious leaders (priests, ministers, etc.) to get out of jury duty because, the reasoning goes, their congregations need them at all times. It’s a convenient excuse that privileges those leaders over teachers, CEOs, parents, and other indispensable people who don’t necessarily have ties to a faith but who can’t risk the €500 fine that comes from avoiding their civic responsibility.

So atheist Emmett Vaughan (below) decided to test the exemption. He became a minister of the Church of the Flying Spaghetti Monster and requested a ministerial exemption when he replied to his summons. 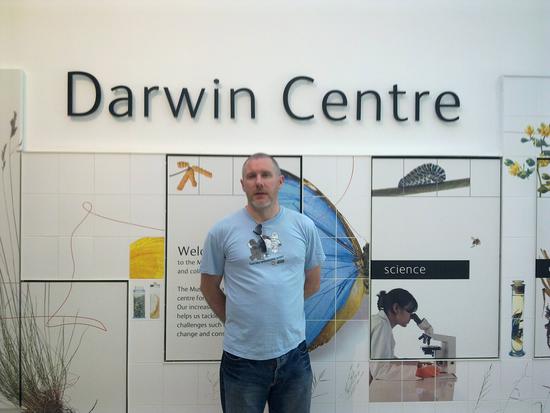 The date for jury duty came and went… with no request for verification. They just believed him! No one asked to see his certificate (even though he had one ready to go). In other words, it looks like Vaughn found a loophole to get out of jury duty — all you have to do is say you’re a minister… even if that means you paid $25 to get ordained through an online church.

Not everyone is happy with his stunt, but Vaughn says he just wanted to…

… expose the “inequality” which allows members of the clergy a privileged position when it comes to jury duty.

Vaughn told me this was more than just a stunt. He’s a father of two and the sole provider for his family. Since he is self-employed, taking time off for jury duty would have a serious financial impact. But none of those things permit him to qualify for an exemption, which is why he took the ministerial route.

He hopes that the Irish Law Reform Commission can amend the rules so that religious leaders are no more exempt from jury duty than anyone else.

April 18, 2015
Another Compilation of Lawrence Krauss' Best Arguments and Retorts
Next Post

April 18, 2015 Center For Inquiry Will Testify Against Homeopathy During Upcoming FDA Hearings
Browse Our Archives
What Are Your Thoughts?leave a comment