When Amber Was Religious, She Fought a Preschool Prayer and Got Bullied by Christians… Now She’s an Atheist April 17, 2015 Hemant Mehta

When Amber Was Religious, She Fought a Preschool Prayer and Got Bullied by Christians… Now She’s an Atheist

In 2013, during a Texas preschool’s “graduation” ceremony, one of the teachers urged a student to say “In Jesus’ name, Amen.”

Amber Barnhill (below) was a parent at that ceremony and was surprised by what she heard. She didn’t want to make a big deal out of it — it was probably just an innocent mistake, right? So she just had a chat with the teacher to let her know the problem: 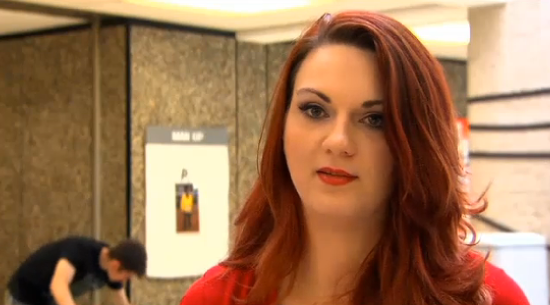 [The teacher] replied “I’m sorry, but I cannot apologize for that”. She kept reiterating this line through the whole of our conversation. She also said “no one else had a problem with it” though clearly she did not ask everyone involved and “no one has ever said a word to me before about this”. I inserted the word “religion” to which she immediately cut me off with “oh it’s not a religion, it’s a way of life. It’s who I am” and elaborated on this.

And then, the next day, the teacher sent the students home with a flyer for a local church.

That’s when the Freedom From Religion Foundation got involved. They sent a letter to the Beaumont Independent School District letting them know of the problem — and just like that, the issue was solved.

12News spoke with the teacher involved. The teacher admits to making a small prayer for the student to say but says she was just trying to give her students a mock graduation.

“I didn’t intend to impose, I just tried to mock a graduation. I did apologize to the lady who was the only one I found who was offended,” She told 12News.

The district say it will respond to the case following a thorough investigation. The teacher tells 12News she will not include prayers in any future programs.

Fantastic. And good for Amber!

Oh, by the way, Amber was a Christian when all of this happened. It didn’t matter. She respected church/state separation and knew the school was violating it.

Yesterday, during Ask an Atheist Day at Lamar University, she came out publicly for the first time as an atheist.

Turns out the bullying she received during her prayer fight helped push her away from the whole Christianity thing:

“So judgmental. Just kill ’em all and let the Lord sort it out.”

They asked if she “preferred beating (her) head into the ground five times a day before going home to her hubby for the nightly punching sessions.”

“That’s not why I lost my faith in God,” said Barnhill. “But it did have a huge impact on how quickly that happened.”

If God doesn’t make you good — and those (presumably Christian) commenters are hardly paragons of virtue — you start second-guessing the whole reason you remain religious in the first place. She no longer believed the myths, but without the morality, what else was left?

Congratulations to her for finally shedding her faith.

Amber received an activism award from American Atheists at their recent conference. Well deserved, I would say.

April 17, 2015
This Swingers Club Was Banned from Opening Near a Christian School... Until the Owners Rebranded It As a Church
Next Post