Yesterday, the Atheists, Humanists, and Agnostics at the University of Wisconsin — Madison put up a bunch of signs on campus hoping to start some conversations. It was all part of Ask An Atheist Day: 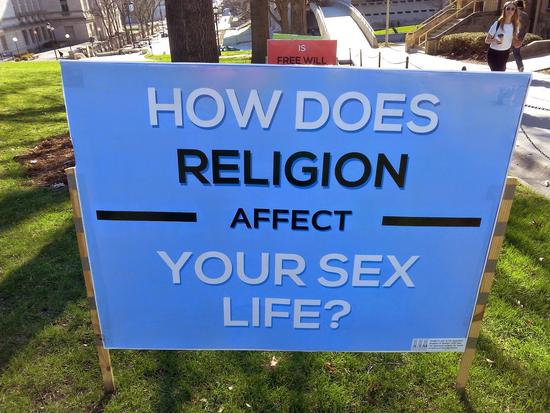 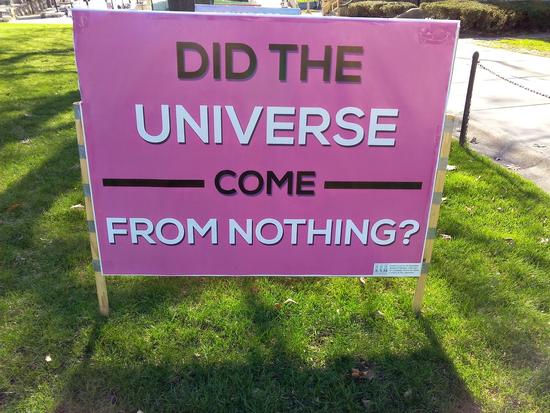 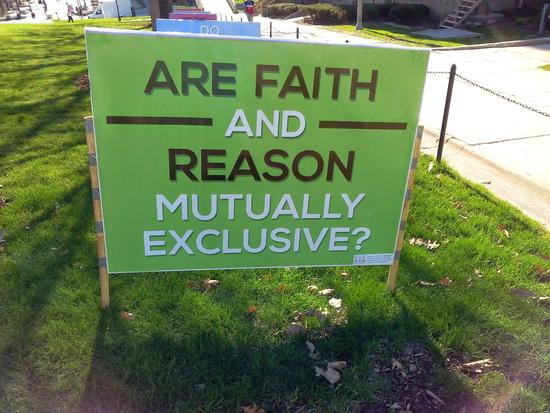 According to AHA President-Elect Nicole Niebler, the intention of the posters is to open up conversations that aren’t very common on campus. “We hope students see that atheists are capable of asking important questions, and recognize that if they want to join the conversation about such topics, they can at our weekly meetings,” Niebler explained in a statement. “We want to advertise that atheists are open to pondering these questions without the constraints of a religious bias.”

Great questions — there are more of them here — and a definite teaser for their upcoming meetings.

Niebler told me that the reaction to the signs were overwhelmingly positive:

The positive reactions came from regular students, high school tour groups, older adults/professors, and grade school children. In general there was a lot of interest — many people took pictures, stopped and thought about the questions on the signs, as well as pointing them out to their friends.

All the more reason for other college atheist groups to replicate this activity on their own campuses!

April 17, 2015
In Canada, Government Prayer Ban is Already Being Tested
Next Post