KosherSwitch: A Loophole for Orthodox Jews Who Think They Can’t Turn Electricity On/Off on the Sabbath April 16, 2015 Hemant Mehta

KosherSwitch: A Loophole for Orthodox Jews Who Think They Can’t Turn Electricity On/Off on the Sabbath

Orthodox Jews who observe the Sabbath, for example, are forbidden from turning lights on and off on that day. But that could change with KosherSwitch® — a technology currently being funded via Indiegogo in order to create the perfect workaround: 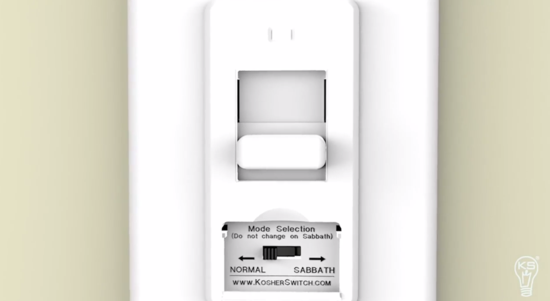 Our technology is employs complete electro-mechanical isolation, and adds several layers of Halachic uncertainty, randomness, and delays, such that according to Jewish law, a user’s action is not considered to have caused a given reaction. Many Poskim & Orthodox rabbis have ruled that the KosherSwitch® is not even considered grama (indirect causation), involves no melakha (forbidden/creative act), and is therefore permitted for consumer use. When “flicking” a KosherSwitch®, all we’re doing is moving a single, isolated, piece of plastic!

I gotta hand it to them for their ingenuity. I’m sure God is thinking, “Dammit! You got me! I should’ve been more specific!” Based on the Indiegogo comments, the product has a lot of support and the project is already more than 80% of the way to being fully funded.

I’m just saying: it’d be a hell of a lot easier if they simply admitted, “This rule isn’t worth following. So let’s stop.”

April 16, 2015
Comedian Julia Sweeney Urges You to be "Openly Secular"
Next Post