I don’t know how Liberty University became the go-to place for Republicans on the Presidential campaign trail, but it’s a scary thought that the road to the GOP nomination now runs through Lynchburg: 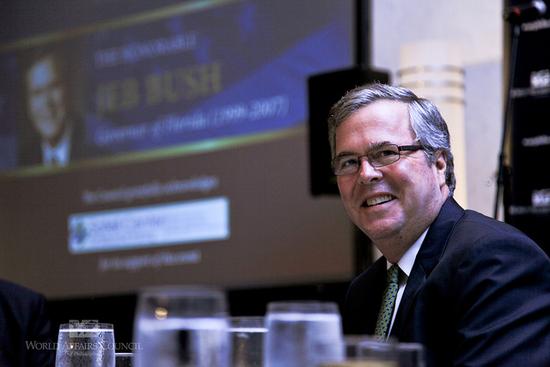 “Liberty University is honored to welcome Gov. Jeb Bush to campus for our 42nd commencement exercises,” said university president Jerry Falwell, according to the Liberty Champion, a student paper. “Throughout his years of public service, Gov. Bush has been a champion for excellence in education and so many other issues of vital importance to our university community.”

Bush’s people say this was already in the works before Sen. Ted Cruz‘s big announcement there last month, but it still means the conservative Christian school — and the evangelical voting base at large — is up for grabs in Bush’s mind. He’s the only potential GOP candidate who has a real shot at getting moderates’ votes, but you have to wonder how many of them he’ll alienate by pandering like this to the Christian Right. It’s not like anyone’s expecting him to move the crowd closer to the center.

No word yet on whether students will be fined if they skip his speech.