Comedian Julia Sweeney Urges You to be “Openly Secular” 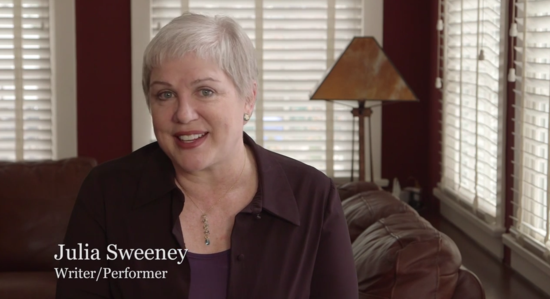 I’m urging you to just say you’re openly secular… You’d probably be surprised how much of an affect it has on other people. I’ve had so many people come up to me and say once I admitted that I wasn’t religious, it gave them the feeling like they could say that [too].

I love how honest she is about the harsh connotation of the word “Atheist,” and why alternatives might help make the idea more palatable for other people. Sweeney is behind the excellent one-woman show “Letting Go of God.”

This is all for the Openly Secular campaign, which is urging people to come out as non-theistic to at least one person on April 23.

April 16, 2015 KosherSwitch: A Loophole for Orthodox Jews Who Think They Can't Turn Electricity On/Off on the Sabbath
Browse Our Archives
What Are Your Thoughts?leave a comment