Christian Groups Claim the U.S. Military is a “Hostile Work Environment” for Chaplains Wanting to Proselytize

You know who has it really rough in the military?

Christians. Because I guess the ones in power can’t impose their beliefs on everyone else.

That’s seriously the claim being made by Liberty Institute senior counsel Michael Berry, who thinks the non-proselytizing rule is preventing Christians from joining the military: 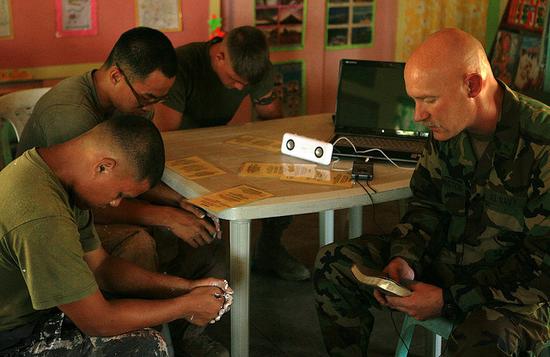 [Berry] said recent high-profile cases of military chaplains facing punishment for private counseling sessions that reflected the teachings of their religion could cause devout Americans who are qualified for military service to think twice about joining the military.

“I can’t tell you how many moms and dads I’ve spoken to who say, ‘My son or daughter wants to join the military, [but] in light of what you’ve described, I’m not sure I want to let them join the military anymore,’ and I don’t blame them. I would have serious reservations about my own kids joining,” Mr. Berry said.

One of the cases he’s referring to involved a suicide prevention training in which the chaplain told the troops that if they ever wanted to kill themselves, all they had to do was “Invite Jesus into whatever you’re feeling.”

Another case was even more damning:

… last month, a Navy chaplain was removed from his post and may lose his career after some sailors complained about his private counseling, in which he reportedly advocated against homosexuality and sex outside of marriage.

Again, these are not troops talking about their faith — which is (and always has been) allowed within reason. These are chaplains foisting their religious beliefs on people who may not be Christian themselves. They’re making already fragile situations even worse! That’s why they’re being rightfully reprimanded.

Meanwhile, atheists aren’t allowed to be chaplains because, according to Rep. John Fleming (R-LA), they would stand over dying patients and tell them “If you die here, there is no hope for you in the future.”

Chaplains, regardless of their religious affiliation, are supposed to be able to counsel everybody. It’s not their job to preach and convert.

On a side note, it’s nice of the Washington Times to acknowledge the existence of military atheists with their opening line, “Soon there may only be atheists in the foxholes.” How’s that for a change?

(Thanks to Brian for the link. Image via @marine_corps on Flickr)