Thanks to Attorney General Supporting Bible Distributions in Oklahoma Schools, Satanists May Get in on the Action April 15, 2015 Hemant Mehta

Thanks to Attorney General Supporting Bible Distributions in Oklahoma Schools, Satanists May Get in on the Action

A couple of weeks ago, in Duncan, Oklahoma, Woodrow Wilson Elementary School teacher Erica Mackey announced she had a surprise for her third-grade students:

The student reports that Mrs. Mackey announced that she had “the holy Bible” and asked if anyone would like one. Nearly all the students walked up to her desk and she handed them out. After seeing his classmates take Bibles from the teacher, the child felt peer-pressured and coerced to do the same.

Thankfully, that child told his mother, and she contacted the American Humanist Association’s Appignani Humanist Legal Center. They sent a letter to the district earlier this month explaining how church/state separation works.

The District finally relented a couple of days ago, assuring the AHA that teachers will no longer be allowed to distribute religious material to children.

But there was one little exception in the case of high school students:

That would open the door to passive distributions, like the ones we saw in Florida, where groups like the Gideons requested a table from which students could pick up a Bible after school.

The state’s Attorney General Scott Pruitt weighed in on the issue yesterday, saying he supported the passive distributions in a letter to superintendents.

Not only did Pruitt mistakenly blame the Freedom From Religion Foundation for what the American Humanist Association did, he lied about what the AHA said:

Contrary to any statements made by FFRF, school districts need not enact a policy that completely bans passing out religious literature. Under the United States Constitution, school districts can permit private citizens to distribute to students religious literature, including bibles. To allow private citizens to do so, the school should simply enact a neutral policy that allows equal access for all Oklahomans to engage their free exercise rights.

Of course, the AHA never said that. They specifically focused on the illegality of an elementary school teacher handing out religious materials to students, not passive distributions done outside the school day. (***Edit***: I take back what I said in the previous paragraphs about the Attorney General mistaking one group for the other. FFRF, in addition to AHA, sent letters to Oklahoma school districts. If anything, the AG mistakenly attributed AHA’s single letter for FFRF’s multiple letters. My apologies.)

But in a lovely twist, a Satanic church — the Church of Ahriman — has already put the wheels in motion to distribute a book written by the leader, Adam Daniels, to students at Woodrow Wilson Elementary: 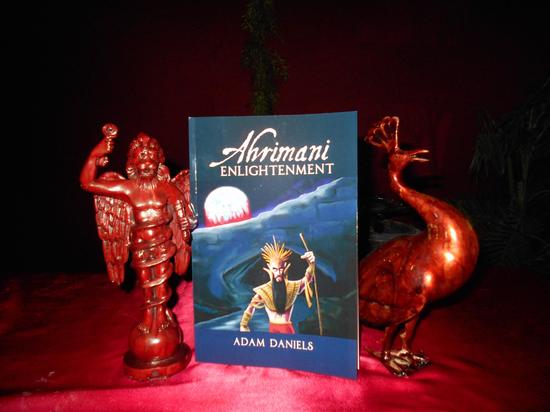 Adam Daniels, the church’s leader, said he wanted to give students a copy of “Ahrimani Enlightenment,” a primer and workbook normally given to new members of the church.

In a letter to the Duncan school district, some 80 miles south of Oklahoma City, Daniels assured administrators that his book is “no where (sic) near as graphic as the Christian Bible.”

Daniels said he has yet to hear back, but he believes equal access laws mean that his church has the right to distribute literature if other religious organizations are permitted to do so.

Even if the elementary school says no, Daniels will be happy to learn he can just go to various high schools across the state now. The Attorney General has already given him permission!

Thanks to Scott Pruitt, Satanism may soon be introduced to children all across the Oklahoma.

Daniels, by the way, is the same guy who held a controversial Black Mass in Oklahoma last year. He’s not affiliated with The Satanic Temple.

***Update***: The Freedom From Religion Foundation has sent a letter to the Attorney General setting the record straight:

You note that my organization, the Freedom From Religion Foundation, wrote those districts with “threats” that “revolve around whether Oklahomans have the right to distribute religious literature in a school.” FFRF is concerned about this misleading if not irresponsible advice.

Your letter was either grossly misinformed on both the facts and law — indeed recklessly misinformed given that school districts might heed your advice and open themselves up to serious legal and financial liability — or it was a transparent attempt to pander to people’s religious sensibilities for political gain.

No doubt you’ll want to correct your misstatements to Oklahoma superintendents. We look forward to seeing that letter.

(Top image via eBay. Bottom image via Church of Ahriman. Thanks to Beau for the link. Large portions of this article were published earlier)

April 15, 2015
Why Are Atheists Protesting Outside a Wells Fargo Bank in Las Vegas Later Today?
Next Post

April 15, 2015 Christian Pastor Condemns Colleague for Not Wanting Gay People Put to Death
Browse Our Archives
What Are Your Thoughts?leave a comment