In Gainesville, the University of Florida’s new building for business education greets students with a Bible verse.

Heavener Hall, which is named after a local business leader who made a generous contribution toward its construction, features this inscription on one of the archways leading into the building: 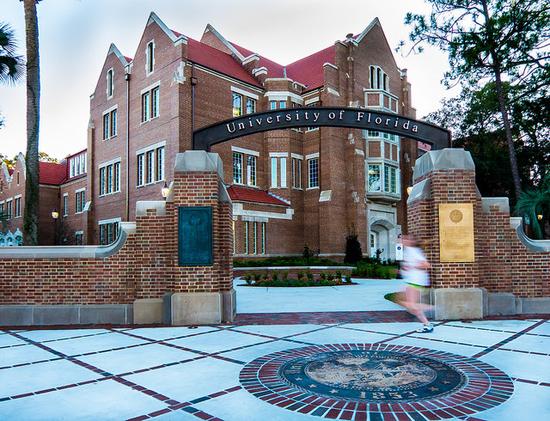 He has shown you, O man, what is good. And what does the Lord require of you? To act justly and to love mercy and to walk humbly with your god. Micah 6:8

Why anyone thinks that belongs on the property of a public university, I don’t know. Walking humbly with God certainly won’t improve your prospects in the business world.

The Freedom From Religion Foundation sent the school a letter yesterday pointing out the Establishment Clause violation:

I can’t find a clear picture of the inscription anywhere, but I’m looking forward to the school’s explanation for why they included a Bible verse on the new building. Even if it was at the request of a donor, it doesn’t belong there.

April 14, 2015
Even the Devil's "Spiritual Warfare" Could Not Derail My Family's Third Adoption
Next Post